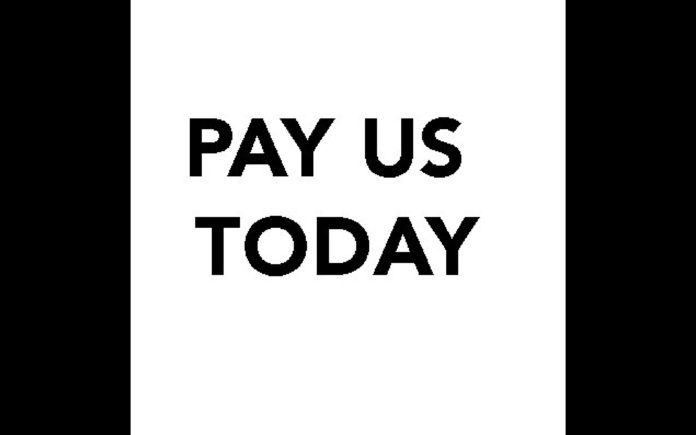 Times are hard and everyone is fighting to make or save a dollar so that they could eat. In these hard times, receiving positive feedback on an application sent out is something to celebrate, no matter how long you have been out of work.

I thought this would be one of those times when I received word from Mr. Colin James for a position he advertised.

Everything seemed legit when I spoke with him or it could have been my excitement, whichever you choose to believe. When we got to work, we realized that there was no toilet/bathroom for us to use.

We were lucky enough that one of the fellow ladies working with us lived nearby and said we could use her own. This went on for a couple of days and then he got us a portable toilet which we only got the Friday and had to be returned that weekend.

After nagging from us and we then decided to stay home and work from home till a toilet could be provided. Eventually, we received a donation, and one was placed but that was short-lived because there is no door on the bathroom.

That was just the beginning of the struggle, he then was planning to be taking part in the last cricket match that we had, and he confirmed he had his workers but last-minute asked us to manage the bar.

We took on the task because he said he had everything squared away but will be busy handling other things and we would be in charge. To me and my coworker’s dismay, NOTHING was organized.

We put our heads together and came up with several solutions to make the bar thrive so we could make a profit at the end of the situation. This is where everything went downhill. We started working for Mr. James on February 14th, 2022, when he said he would pay us every two weeks (fortnightly).

The first payment was scheduled for the 28th of February, and he did not pay, we asked him what the problem and he was said he has the money but just waiting on the bank and eventually paid us half of our pay three days later and said he had to pay some outstanding bills and we will get the balance the following day. To be on the safe side we made him sign a document stating so and we did receive our balance the following day.

This brings us to cricket, this was to be a separate payment as per his instructions and we agreed, after cricket, we made a good enough profit to pay who worked for us and Mr. James instructed us to use the balance to cover our fortnightly pay and he will pay the cricket separate. We did as he instructed and gave him the breakdown of all the money that was spent and made for those cricket days.

This was the last payment we received from Mr. James. When the 14th of March 2022 rolled in and we asked about of pay, he told us that he is waiting on the government to pay him, and he will get it to us soon because it was already signed off.

After two-three days we asked him again he told us that the permanent secretary is holding up his pay for whatever reason and he will be receiving a large lump sum of money which would cover all his pay to us, and this situation will not repeat itself. For over a month, it was one excuse after another for his reasons for not paying us. He eventually stopped responding to our messages and calls asking for our pay and completely ignored us altogether.

We got to a point where we were so frustrated and felt so disrespected by his lack of communication or care that we invited his wife to our workgroup chat so she can see what he has been doing to us. She read our messages and said nothing to us and eventually left the chat.

We are not writing to you out of malice but out of anger, and he is now taking on applications to hire new people to work for him. We want to bring awareness to what it is that he is doing so that he will STOP taking advantage of people during this time.

We went to Antigua Trade Union to seek some advice as to what steps to take and we were asked if we have union representatives or pay union dues and because we are not it would be $80 per person just to speak to someone. We are asking for advice as to what our next steps should be in this matter. He is hiring people on contract for three months but will not pay them and that is unfair.