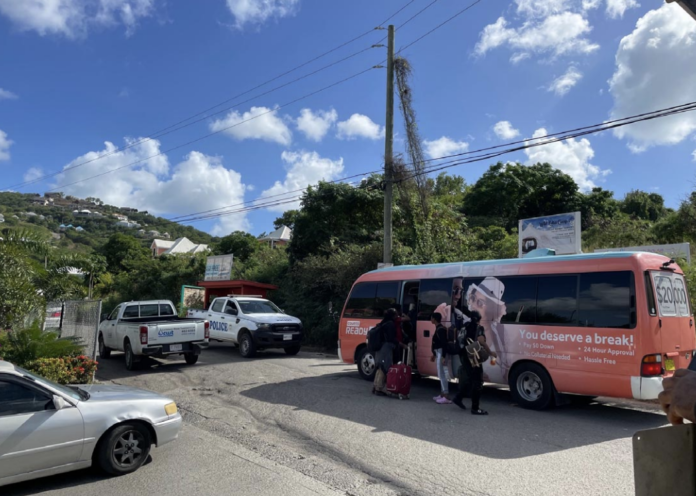 Without telling the people what was planned, our Government has with the inducement of some wealthy Nigerians, established a migrant transiting air-route from West Africa- Antigua to join the Trek to America.

Not only is this a danger to the many innocent Africans, who have told many of their planned journey, especially those embattled Cameroonians, caught up in what has been called by many as a typical Nigerian scam.

The whole disastrous and contentious airlift has been done at the time of Antigua’s election when over 1000 Africans (P.M. quote) will be in Antigua, although the airline has threatened several more flights before the Election Day.

Which ever way, the many innocent Africans who are now being looked on as disturbing elements, may never move from Antigua because the United States of America will never allow Antigua to fully establish a migrant trans-shipment center without punishment.

We are all aware that our allowing our Santo Domingo new Antiguan passport holders to invade Canada under our ‘no visa necessary’ status resulted in Antigua losing its special status with the Canadian Immigration.

With all the love in the world, we and all other Africans are fully aware that our Nigerian family across the pond are some of the world’s most capable persons when it comes to monetizing the adversity of others.

It is no wonder that some wealthy Nigerians saw a way to exploit the pain and suffering of the beleaguered Cameroonians by sucking the U.S. $5000. out of each of them, with the promise of access ultimately to the golden streets of America via Mexico.

It will therefore be a serious concern of the U.S. and our tourism markets, where both countries decide to do a joint venture in the exploitation of West African migrants.

Americans and our European tourist markets are so racially biased that the attraction of any migrant route from Africa will be met with contempt – and that is whether we in the Caribbean like it or not.

The last time the U.S. Government was forced to interrupt a corrupt activity in Antigua, one Congressman reminded us that “An economic advisory dropped on Antigua would reverberate more than the mother of all bombs in Afghanistan!”