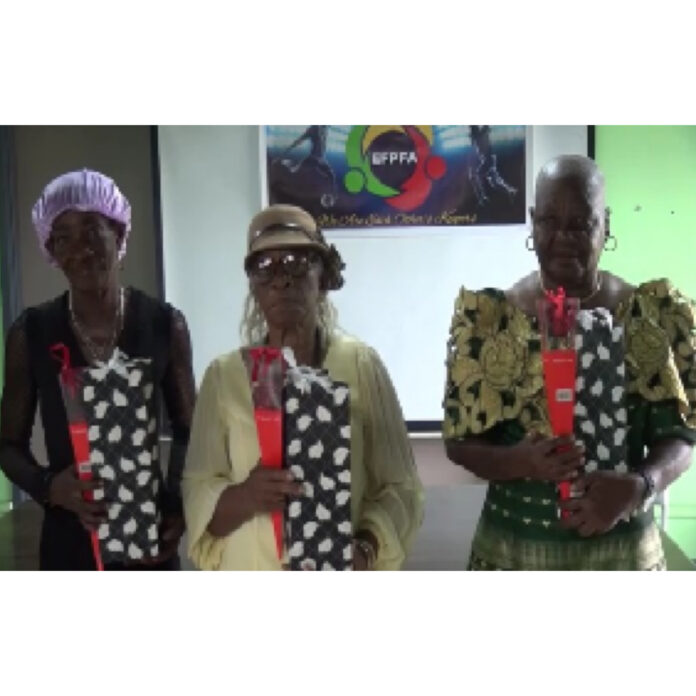 There is a cliche that states, ”  A person deserves to get his or her flowers while they are alive. CLICK HERE TO JOIN OUR WHATSAPP GROUP.

Last mother’s day, the EFPFA  considered the day to be a special day to reward three (3) mothers from the Gray’s Green community.

They were all  given due recognition from the Empire Former Players and Fans association (EFPFA), a non profiting organization.

The recipients were Ms. Jean Weston, Mrs Gloria Gordon & Ms. Gretna (mama) Francis. Over the years, they have all had a very long & intimate relationship with Empire FC starting in the 1970’s until present.

The EFPFA is an organization whose primary objectives is to assist past players and fans of the Empire FC who has fallen on difficult times. The association comprises of former players of Empire who reside in Antigua & America. So far, they have assisted a few less fortunate with a cooking stove, a wheelchair and other charitable items.

Although the association’s mandate is to help fallen brothers & sisters within the community, from time to time, as they see it fit, they will also give  recognition to persons from the Gray’s Green community who may not be facing challenging times but who have strongly contributed  to the survival of Empire Football Club over the years.

Each member of the association, both far & near took time out  to wish the recipients a shower of blessings for Mother’s day and best wishes for their future endeavour.