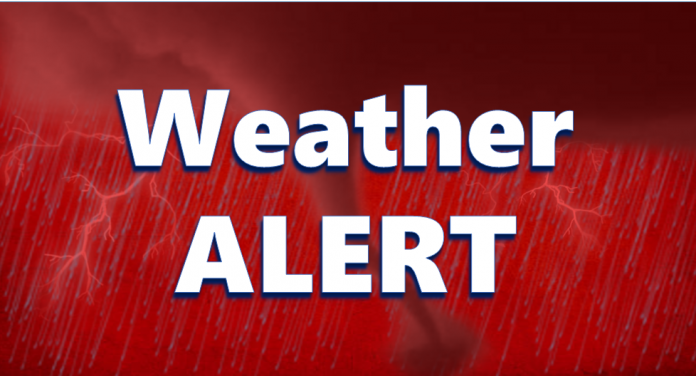 .TEDDY TO BECOME A HURRICANE BY WEDNESDAY…EXPECTED TO STEER CLEAR OF THE ISLANDS…

THE METEOROLOGICAL SERVICES IS CLOSELY FOLLOWING THE PROGRESS OF TROPICAL STORM TEDDY, WHICH HAS RESUMED A WELCOME WEST-NORTHWEST MOTION.

ALL THE MODELS SURVEYED, EXCEPT FOR A FEW, CONTINUE TO FORECAST THE CENTRE OF TEDDY TO PASS WELL AWAY FROM THE CARIBBEAN. HENCE, BASED ON THE REASONABLE WORST-CASE SCENARIO, THE CYCLONE CONTINUES TO POSE LITTLE TO NO WIND THREAT TO ANTIGUA AND BARBUDA, THE REST OF THE LEEWARD ISLANDS AND THE BRITISH VIRGIN ISLANDS.

AT 11 AM LST OR 1500 UTC, TROPICAL STORM TEDDY WAS LOCATED NEAR LATITUDE 14.0 NORTH, LONGITUDE 47.0 WEST OR ABOUT 1000 MILES EAST-SOUTHEAST OF THE LEEWARD ISLANDS, MOVING WEST-NORTHWEST AT AROUND 13 MPH. A STEADY NORTHWEST MOTION IS EXPECTED THROUGH THE END OF THE WEEK.

MAXIMUM SUSTAINED WINDS ARE NEAR 65 MPH WITH HIGHER GUSTS. ADDITIONAL STRENGTHENING IS FORECAST FOR THE NEXT SEVERAL DAYS, AND TEDDY IS EXPECTED TO BECOME A HURRICANE BY WEDNESDAY AND A MAJOR HURRICANE BY THURSDAY, WHILE HEADING AWAY FROM THE AREA.

OVER THE PAST 24 HOURS, THERE HAS BEEN A SLIGHT SHIFT OF THE TRACK, OF THE STORM, AWAY FROM THE ISLANDS, UNLIKE THE PREVIOUS 24 HOURS. THIS INCREASES THE CONFIDENCE IN THE FORECAST THAT THE SYSTEM WILL PASS SEVERAL HUNDRED MILES AWAY FROM THE REGION, ON THURSDAY OR FRIDAY. NOTWITHSTANDING, ANY RETURN TO A WESTERLY MOTION WOULD BE CAUSE FOR CONCERN AND COULD TRIGGER A TROPICAL CYCLONE ALERT.

THERE REMAIN NO TROPICAL CYCLONE ALERTS, WATCHES OR WARNINGS IN EFFECT AND NONE MAY BE REQUIRED FOR THIS CYCLONE. HOWEVER, MARINE ALERTS FOR HIGH SURFS WILL LIKELY BECOME NECESSARY LATER THIS WEEK.

RESIDENTS SHOULD CONTINUE TO MONITOR TEDDY CLOSELY AND STAY PREPARED.

AN UPDATE WILL BE GIVEN BY AROUND 11 AM TOMORROW OR SOONER, IF REQUIRED.

Residents in the Lesser Antilles were on Tuesday urged to closely monitor the movement of Tropical Storm Teddy that weather officials said could become a large and powerful hurricane over the next few days.

The Miami-based National Hurricane Centre (NHC), said that the storm, which is about 1,030 miles east of the Lesser Antilles, has sustained maximum winds of 60 miles per hour.

The NHC said that while there are no coastal watches or warnings at present in effect, the centre of Tropical Storm Teddy was located near latitude 13.7 North, longitude 46.0 West.

“Maximum sustained winds have increased to near 60 mph with higher gusts. Strengthening is forecast for the next several days, and Teddy is likely to become a hurricane late today and could reach major hurricane strength in a few days,” the NHC warned.

Tropical Storm Teddy is one of several weather patterns affecting the region in recent days.

The NHC said that Hurricane Paulette, which scored a direct hit on Bermuda on Monday, was now moving further away from the British Overseas Territory and is gaining strength as it accelerates north eastward.

In its latest bulletin, NHC said that Paulette is 405 miles north east of Bermuda and is moving toward the northeast near 20 mph.

“A faster motion toward the northeast or east-northeast is expected during the next couple of days. Paulette is then forecast to slow down and turn south-eastward by late Thursday.

“Maximum sustained winds are near 105 mph with higher gusts.  Some strengthening is possible through tonight, but rapid weakening is forecast to begin on Wednesday,” the NHC added.

It said surf wells generated by Paulette will continue to affect portions of Bermuda, the Bahamas, the Greater Antilles, and the east coast of the United States through tonight.

“These swells are likely to cause life-threatening surf and rip current conditions,” the NHC warned.