There is no getting around the fact that he will always be associated with his slightly more popular sister Leanda Norville, the 2016 Miss Antigua Barbuda.

But this 27-year-old is committed to blazing a trail of his own not only in the soca arena but generally as an artiste.

Although Leon Norville is undecided whether to throw his hat in the ring for the 2017 soca monarch title, he says it all depends on his fans and his team.

Competition or not, this educated brother (BA Mass Communication) who is already signed with Oh So Good Promotions is no stranger to the stage though.

“I have been singing ever since I knew myself but it was really my stint with the National Youth Choir that set the platform,” Leon told ANR Entertainment.

“I am an artist so I do all genres of music. I feel I am capable of embodying while using myself as a medium to convey what I have conceptualized in my mind and bringing it to the forefront for the masses.

“Soca music is a part of our culture and it’s really just my contribution, sort of a dedication to the place I was born and raised as we mark 60 years of Carnival,” he said. 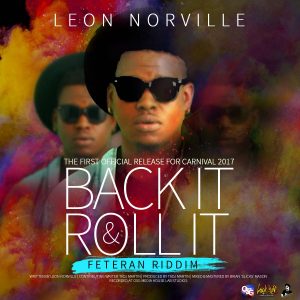 Leon’s contribution to country and carnival so far is in the form of “Back It and Roll It” and the more recent “Wuk Ya Body,” both groovy tunes.

“‘Back It and Roll It’ was produced by Tadj Martin and written by him and me. The song really captures the essence of the male’s perspective of females dancing in a band. Basically, in awe and complimenting the enticing and provocative behaviour while instructing her to back and roll it, cause that’s how we like it!”

The reaction to this tune has been overwhelming according to the singer.

“‘Wuk Ya Body’ was produced by Tadj Martin as well and was written by him and me. In this song, I’m basically mesmerized by this one girl who has captured my attention on the dance floor by the way she’s dancing. So, I instruct her to feel the music and don’t hold back the ‘Wuk’ she has for me.” 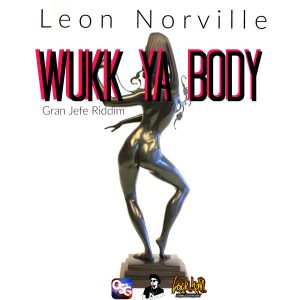 A video is already in the works for Wuk Ya Body, an indication that this budding performer is being kept busy.

But Leon says he loves being occupied with his music from writing, studio sessions, mixing sessions and more recently band practice.

“I’m more so consumed with my product marketing and branding, from photo shoots to video shoots, television and radio interviews/appearances and this little hosting gig I just acquired I literally have no free time on my hands to play around.”

Fans as well as DJ’s are loving his music especially ‘Back it and Roll’ it and as for Leon, the whole experience has been overwhelming as this is only the start of a long journey.