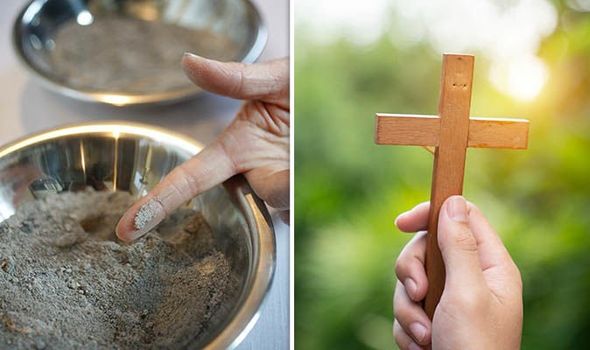 Today the season of Lent begins with the observance of Ash Wednesday in the Catholic Church and many other traditional Christian denominations.

Lent lasts for six and a half weeks and during that time the Church remembers the forty days Jesus spent in the desert fasting, praying and preparing for his ministry.

The Church now spends this forty days fasting, praying and giving alms in preparation for the most important celebration of the Christian liturgical year, EASTER.

The Lenten season is a time set aside time for reflection on Jesus Christ – his suffering and his sacrifice, his life, death, burial and resurrection

Fasting is a discipline practiced by Christians from the inception of the faith to deepen their level of intimacy with God. Through fasting Christians believe they worship God by earnestly seeking Him more than worldly pleasures.

When Christians say no to their fleshly appetites they believe their hunger for God grows, and they get to taste His presence. (James 4:8; Luke 14:18-20; Mark 4:19).

Ash Wednesday got its name from the ash placed on the forehead of believers as the season of Lent begins.

The practice is common throughout much of Christianity but is celebrated mainly by Catholics, Anglicans, Lutherans, and Methodists.

The use of ash to goes back to ancient time and was used to express mourning. The practice is common in the Old Testament where sprinkling oneself with ash was a way of expressing sorrow for sins and faults.

The prophet Jeremiah, for example, calls for repentance this way: “O daughter of my people, gird on sackcloth, roll in the ashes” (Jeremiah 6:26).

Perhaps the best known example of repentance in the Old Testament also involves ashes. When the prophet Jonah finally obeyed God’s command and preached in the great city of Nineveh, his preaching was amazingly effective. Word of his message was carried to the king of Nineveh. “When the news reached the king of Nineveh, he rose from his throne, laid aside his robe, covered himself with sackcloth, and sat in the ashes” (Jonah 3:6).

In the New Testament, Jesus also refers to the use of sackcloth and ashes as signs of repentance: “Woe to you, Chorazin! Woe to you, Bethsaida! For if the mighty deeds done in your midst had been done in Tyre and Sidon, they would long ago have repented in sackcloth and ashes” (Mathew 11:21, Luke 10:13).

Ash Wednesday began appearing in Christian writings around the 8th century. In those early days the ash was sprinkled on the head of the penitent person as opposed to being anointed on the forehead, as it is done today.

Ash Wednesday, like the season of Lent, is never mentioned in Scripture and is not commanded by God. Christians are free to either observe or not observe it. It also should be obvious that the imposition of ashes, like similar external practices, are meaningless, even hypocritical, unless there is a corresponding inner repentance and change of behavior. This is made clear in Isaiah 58:5-7 when God said:

“Is this the kind of fast I have chosen, only a day for a man to humble himself? Is it only for bowing one’s head like a reed and for lying on sackcloth and ashes ? Is that what you call a fast, a day acceptable to the LORD? Is not this the kind of fasting I have chosen: to loose the chains of injustice and untie the cords of the yoke, to set the oppressed free and break every yoke? Is it not to share your food with the hungry and to provide the poor wanderer with shelter– when you see the naked, to clothe him, and not to turn away from your own flesh and blood?”

However, the Church recommends the observance of Ash Wednesday and Lent as a grand opportunity for repentance and spiritual renewal.