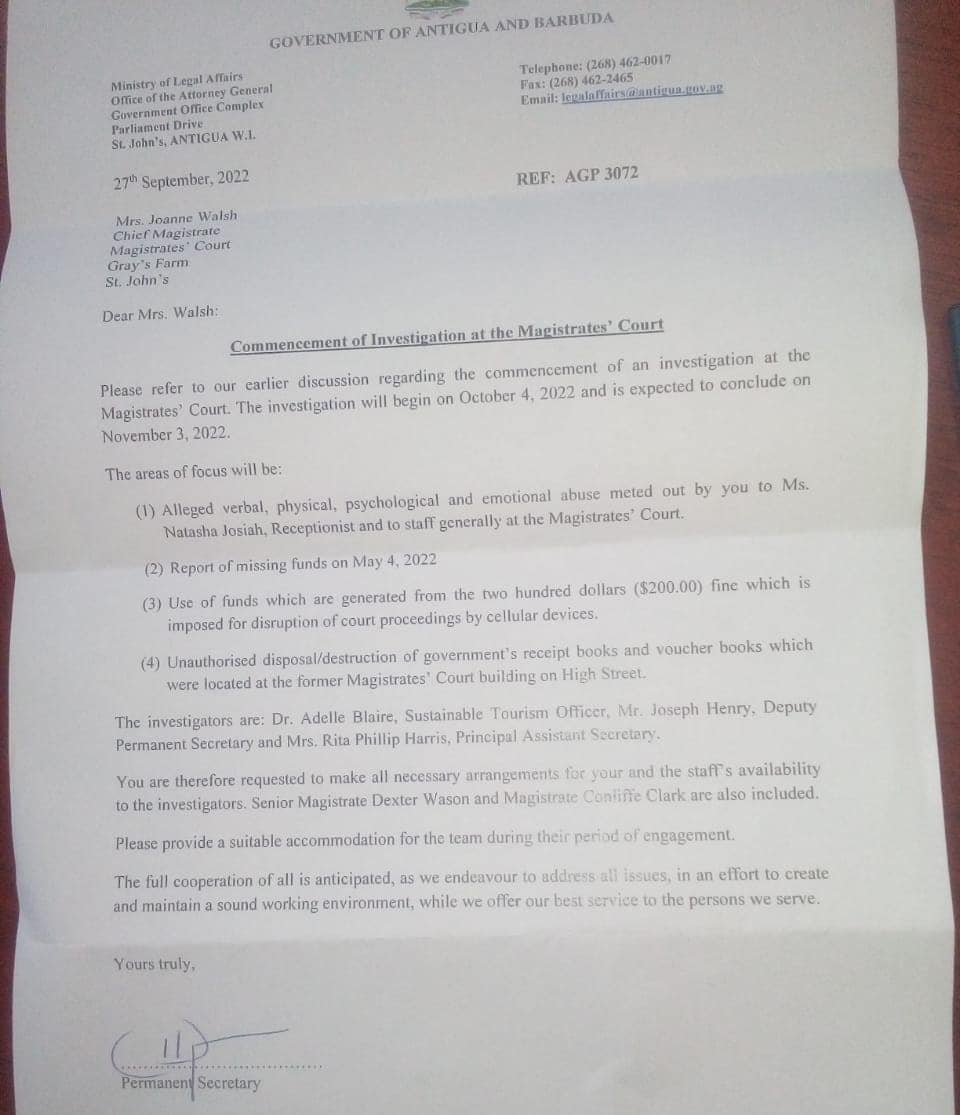 According to reports, the Chief Magistrate was notified of the probe by way of a letter dated September 27 and signed by Hildred Simpson, Permanent Secretary (PS) in the Ministry of Legal Affairs.

At the time, Walsh was in Barbuda, presiding over the District C Magistrate’s Court, and the letter reportedly was received by her office in Antigua.

The letter from the PS refers to an earlier discussion between the two women and notes that the investigation would begin on October 4 and run until November 3.

REAL News understands that there will be four main areas of focus, including the alleged verbal, physical, psychological and emotional abuse of a staff member, Natasha Josiah, and of the court staff, in general.

However, a source says this probe goes deeper than what is being alleged in the areas of focus; and, therefore, the public should keep its eyes on this matter.

The investigation will also address funds that allegedly went missing from the Court on May 4 – at a time when Walsh was serving as Acting Director of Public Prosecutions (DPP).  Her tenure in that position ended on May 6 and she returned to her substantive position on May 9.

The three senior officers will also be looking into the use of funds that are generated by the $200 fine imposed on persons who disrupt court proceedings with their cell phones.

The unauthorized disposal/destruction of government receipt and voucher books that were housed at the former Magistrates’ Court building on High Street is also under investigation.

At present, the team reportedly is engaged in interviewing the Court’s staff, as well as Magistrates Dexter Wason and Conliffe Clark.

Meanwhile, this is the second investigation, within months, being undertaken into the conduct of the Chief Magistrate.

The regional oversight body, the Judicial and Legal Services Commission, had announced, earlier, that it would launch an investigation into claims of misconduct against Walsh that were made, in April, by a private citizen.