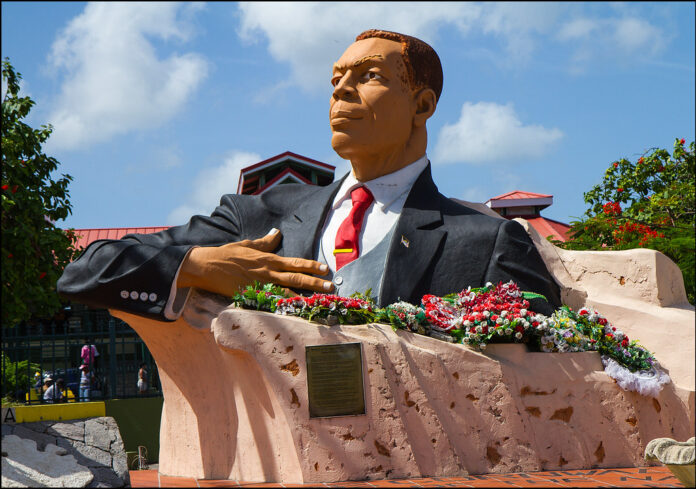 V.C. Bird was foremost a Pan-Africanist; he had traveled to Kenya and South Africa as part of Commonwealth working Teams, and whereas the British sought to use his presence among them to intimidate the Kenyans, V. C. Bird turned the table on them while he sought to encourage the Mau Mau in Kenya and the dissidents in South Africa to stay strong in their quest for self-determination.

This was how the man worked in the power world, and this is how he worked at home.

Papa Bird was not like a certain ruthless Attorney General, who gave full authority to wipe out that ‘scum’ from the face of Antigua, letting loose the police to hunt Rastafari with guns against defenseless youth, burning their shacks in the hills, cutting their locks and physically beating them, some to death.

P.M Bird was never one to turn his back on anything Africa, he therefore tried to change the tempo and warned the police to leave the ‘Rasco’ people alone.

Rastafari, as a consequence, often sought fairplay from the Prime Minister, and when the Minister of Education of the day refused to allow Rastafari children in schools, calling them dirty and unkempt because of their locks.

Papa Bird called a meeting of the representatives of the Rastafari community, and invited the Minister to attend.

As the Rastafari presented their case, the Minister scornfully insisted that the Rastafari children must cut their locks, or not even think of entering Government schools.

It was getting a bit loud, and the attitude of the embattled Minister enraged the dreads, where upon, Papa Bird quietly got up, put on his hat and exited.

As he was about to close the door one dread warned the PM against leaving the Minister alone with them.Minister of Education got the hint and reached for the door, only to stopped by one body of several Rastafari, slowly preceding a frightened Minister of Education, unscathed, but very scared in the presence of dread.

Papa Bird knew the meaning of dread, and he also knew the Rastafari mantra of Peace & Love!