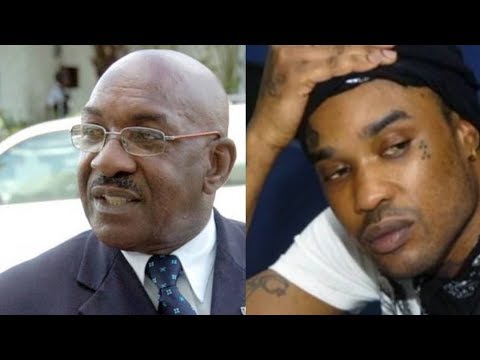 ERNIE Smith, the lawyer for Tommy Lee Sparta, says the police “kidnapped” his client from Half-Way-Tree police lock-up yesterday and took him to St James without his knowledge.

According to Smith, he had requested a habeas corpus at the Kingston and St Andrew Parish Court yesterday which would allow his client to appear before a judge and granted release. But the lawyer later found out that the entertainer was removed from the lockup. The attorney said he had no knowledge as to where in Montego Bay his client was being held.

“About an hour ago I received information that Tommy Lee had been cartered to Montego Bay where there is a state of emergency… Men came for him at 8:00 am this morning (yesterday) and kidnapped him, so to speak. I had no idea this was done and clearly it was done to desist my habeas corpus application tomorrow (today) in Half-Way-Tree. I find it hard to believe that a senior officer had no idea that the citizen had been carted to Montego Bay when we spoke,” he told Jamaica Observer.

On Saturday Tommy Lee Sparta (given name Leroy Russell) went to an ATM in Manor Park, St Andrew, with his manager Tanya Thelwell after leaving the finale of the Magnum Kings and Queens of Dancehall show when he was detained.

“He was abducted at gunpoint by men in masks and taken to the Half-Way-Tree Police Station where it turned out that the men were police officers,” said Smith. “Some time ago they had accused him of causing trouble in Montego Bay. The man has since moved and they are still accusing him of things that happen in the parish. I want to know who down there wants him and I’m going to speak with a judge to set up a hearing application for his release. They moved him like a thief in the night.”

Queries to the Jamaica Constabulary Force’s (JCF) Corporate Communications Unit (CCU) only revealed that the entertainer is being questioned by St James police.

The JCF’s top brass was just as tight-lipped.