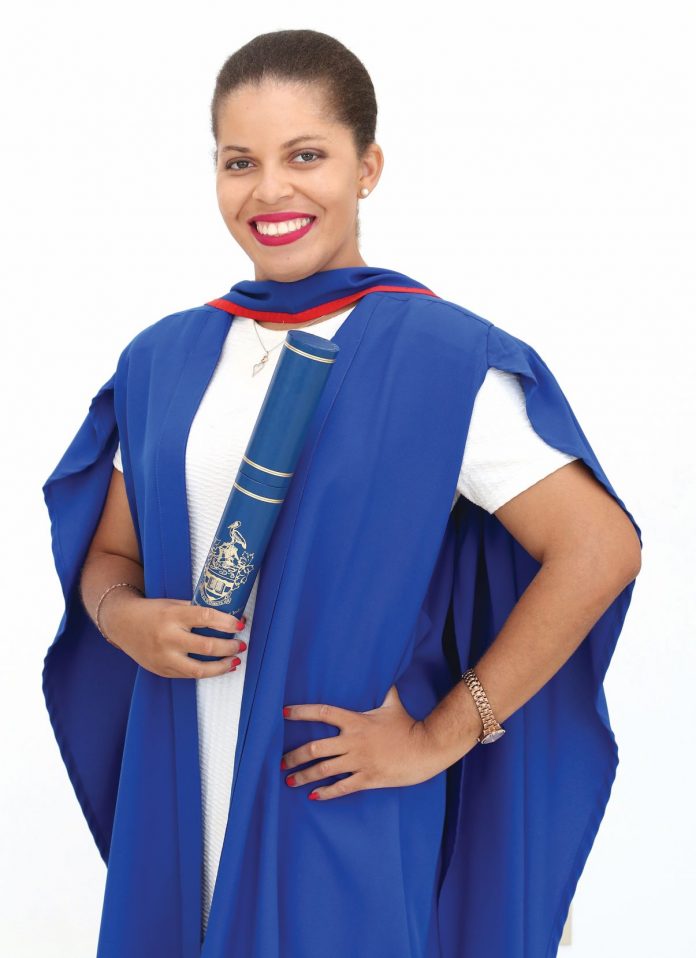 Graduation season for The University of the West Indies (The UWI) commences this weekend on Sunday, January 10 at the Five Islands Campus in Antigua and Barbuda. Six women have made history as the first graduands from The UWI’s newest campus which was established in 2019. They will join thousands across the regional university graduating this month in ceremonies rescheduled due to the COVID-19 pandemic.

The six who are all candidates from the Postgraduate Diploma in Education programme, will participate in an intimate, socially distant celebration held on the campus grounds. The Honourable Gaston A. Browne, Antigua and Barbuda’s Prime Minister and Minister of Finance, Corporate Governance and Public Private Partnerships will be in attendance to deliver the feature address for the historic occasion.  The Honourable Aziz Fares Hadeed, CBE, Chair of The UWI Five Islands Campus Council, will preside over the ceremony, substituting for Robert Bermudez, Chancellor of The UWI who will confer the degrees virtually.  In addition, His Excellency Sir Rodney Williams GCMG, KGN, KSt.J, MBBS, PhD (h.c.) the Governor General of Antigua and Barbuda will be in attendance.

Launée Richards has the distinction of being The UWI Five Islands’ first valedictorian. She is also already a UWI alumna, having earned her undergraduate degree at the Cave Hill Campus in 2015. The other notable women are Jerushah Baynes, Netisha Alie-Grant, Shanique Gumbs, Marsha Lay-Jarvis and Lakiesha Mack.

Pro Vice-Chancellor and Campus Principal, Professor Densil A. Williams noted that this weekend is a proud moment for the Campus and the wider UWI as it continues to facilitate citizens of the region to realize their potential through excellent education and training for participation in the global world.  He noted that the achievement of these women is a manifestation that the Access revolution—a key pillar of The UWI Triple A strategy which underpins the operationalisation of the Campus—is being realized.

The UWI continues its tradition of broadcasting the series of ceremonies from start to end, via its public information platform, UWItv. Well-wishers across the OECS can tune in to watch The UWI Five Islands graduation ceremony on Sunday, January 10 from 1:00 p.m. (Eastern Caribbean/AST) online via www.uwitv.org, UWItv’ s channels on Flow EVO, Facebook or YouTube.

A total of 11 UWI graduation ceremonies are scheduled to be broadcast live via UWItv. The complete schedule and further details are available at www.uwitv.org/grad2020 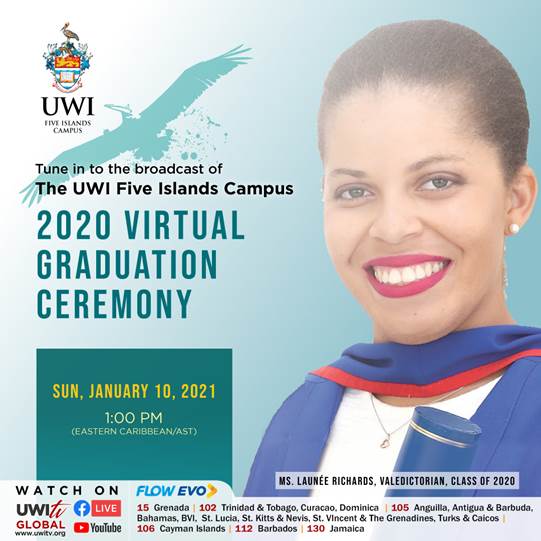 For over 70 years The University of the West Indies (The UWI) has provided service and leadership to the Caribbean region and wider world. The UWI has evolved from a university college of London in Jamaica with 33 medical students in 1948 to an internationally respected, regional university with near 50,000 students and five campuses: Mona in Jamaica, St. Augustine in Trinidad and Tobago, Cave Hill in Barbados, Five Islands in Antigua and Barbuda and an Open Campus. As part of its robust globalization agenda, The UWI has established partnering centres with universities in North America, Latin America, Asia, Africa and Europe including the State University of New York (SUNY)-UWI Center for Leadership and Sustainable Development; the Canada-Caribbean Institute with Brock University; the Strategic Alliance for Hemispheric Development with Universidad de los Andes (UNIANDES); The UWI-China Institute of Information Technology, the University of Lagos (UNILAG)-UWI Institute of African and Diaspora Studies; the Institute for Global African Affairs with the University of Johannesburg (UJ); The UWI-University of Havana Centre for Sustainable Development; The UWI-Coventry Institute for Industry-Academic Partnership with the University of Coventry and the Glasgow-Caribbean Centre for Development Research with the University of Glasgow.

As the region’s premier research academy, The UWI’s foremost objective is driving the growth and development of the regional economy. The world’s most reputable ranking agency, Times Higher Education, has ranked The UWI among the top 600 universities in the world for 2019 and 2020, and the 40 best universities in Latin America and the Caribbean in 2018 and 2019, then top 20 in 2020. The UWI has been the only Caribbean-based university to make the prestigious lists.  For more, visit www.uwi.edu.