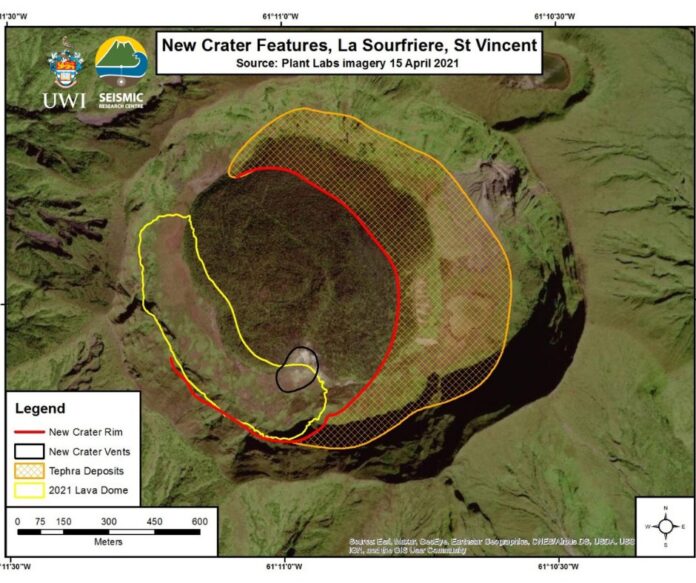 1. The swarm of long-period and hybrid earthquakes continued at La Soufrière.

2. The rate of occurrence of these earthquakes dropped significantly at about 8 pm on 16 April and has remained near-constant since. No episodes of tremor have been recorded in the last 12 hours

3. A revised picture (see figure above) has been constructed of the summit crater based on satellite images.

5. The crater is thought to be at least 100 m deep (Raphael Grandin, IPGP) and is centred in the SW sector of the Summit Crater.

6. Within the new crater, there are several vents, but only one can be identified clearly. Other vents, as indicated by the ash and steam plumes are located in the northern part of the new crater.

7. The volcano continues to erupt although explosive activity appears to have ended at this time.

8. Its current pattern of seismic activity may indicate growth of a lava dome, but this has not yet been confirmed.

9. Explosions with accompanying ashfall, of similar or larger magnitude, could restart in the future impacting St. Vincent and neighbouring islands.

10. The volcano is at alert level Red.