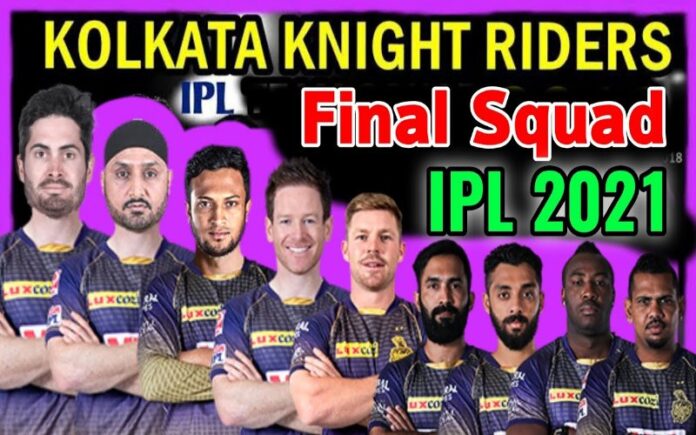 Like every other team, Kolkata Knight Riders are preparing for the Indian Premier League 2021. They have released their squad, which will represent them in this league. Some of the players in the squad have been auctioned or retained, and yet others have been released.

From 2008, KKR had a terrible beginning of the IPL league. However, the team came under new management, and therefore, they got a new captain, Gautam Gambhir. From this point, they began recording terrific scores, and in both 2012 and 2014, they won the trophy. However, in recent years, they have not been performing well; however, in 2020, they were very close, but they did not make it past the playoffs.

Eoin Morgan is the captain of Kolkata Knight Riders squad 2021. For this league, Eoin will be having his big test on managing and rebuilding the team. Luckily, he has retained the leading players and bought the best who will bring the team to success and make skipper Eoin’s work easier.

For IPL 2021, they have made some significant changes in the KKR IPL team, which will undoubtedly bring excellent scores. Riders have bought some fantastic players, and the most significant buy they have done is that of all-rounder Shakib Al Hasan from Bangladesh. Shakib has played for KKR, and he is a valuable addition to the middle order and the spin-bowling department. KKR got Shakib Al Hassan for 3.2 crores.

Shubman, Nitish Rana, Eoin Morgan, Andre Russell, and Dinesh Karthik will be batting this season. Sunil Narine had battled in last year’s season but did not perform well, but for this season, he could also play a part. KKR also has good dome spinners, including Kuldeep Yadav, Harbhajan Singh, Shakib Al Hasan, and Varun Chakravarthy. Additionally, Pat Cummins, Lockie Ferguson, and Prasidh Krishna’s trio will strengthen the bowling sector for any batsman.

Catch more updates about your favorite team and players.