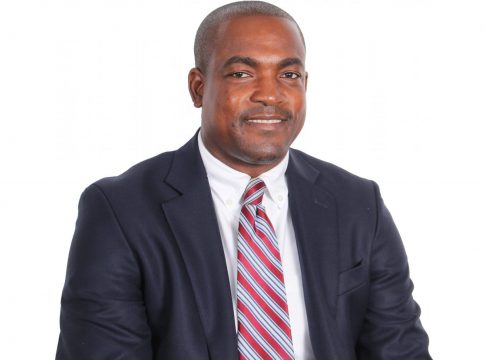 DAILY OBSERVER: More and more questions are emerging surrounding the circumstances that led to corruption and fraud charges being levelled against the former General Manager of the Antigua and Barbuda Transport Board (ABTB), after the Prime Minister claimed on Saturday that the Cabinet was not involved.

In fact, during his weekly radio programme, Prime Minister Gaston Browne said Dean Jonas, who was chairman of the ABTB at the time, “pursued that litigation” against Harry Josiah without the knowledge of Cabinet and he believes even without the substantive minister, Sir Robin Yearwood, being aware at the time.

Browne further stated that the man employed to investigate the matter – owner and Managing Director of KAW Management Services, Kem Warner – “became an unhappy camper” and “turned against the government” because the Cabinet ended the investigation.

However, Warner claims that he never received any correspondence from the Cabinet calling for an end to the probe; instead, he walked away on the advice of his wife because of leaks from the investigation.

“It was with several discussions with my wife, and my wife, who I should have listened to, said ‘you better be careful, it looks like they are just setting you up for a trap’,” he explained during an interview with Observer.

“After discussions, I said to myself, look, I could not take this any longer because it was a constant back and forth. Information was being discussed in the public before it came from me to the board members,” Warner added.

He said the leaks ultimately “compromised” the investigation led by his company KAW Management, which had three members including himself on the investigating team, supported by a police officer.

Warner added that the team reported to the statutory body’s board, which included the substantive minister Sir Robin, all of whom he “warned about confidentiality and how information should not be leaked out”.

In an interview with Observer, Warner raised questions of his own concerning who had knowledge that charges would be brought against Josiah.

“Whoever is behind that litigation has nothing to do with me. The PM can say he did not know, but I am just asking the question: if the Attorney General is the head of that whole department called Legal Affairs, and [someone] is to be investigated, shouldn’t the Attorney General be aware of it?” he queried.

“You’re telling me that the Attorney General, also acting Deputy Prime Minister, did not inform the Cabinet members of the litigation?”

In 2015, Josiah was slapped with eight counts of corruption and three of fraud for allegedly performing his duties for the purpose of obtaining company vehicles and causing the same vehicles to be transferred to other people by virtue of a forged document, all of which were quashed last week in court.

Warner said he was also not aware that formal charges were being brought against Josiah, who was not the focus of the investigation.

Warner stated that in September 2014, his company was initially approached by Jonas to carry out a review of the operations of the ABTB and the Antigua and Barbuda Property Development Company for the period 2004 to 2014, a probe that went on for almost a year.

He was also asked to look into the operations of the Central Housing and Planning Authority and the Central Board of Health (CBH), however, the investigation into CBH was not launched.