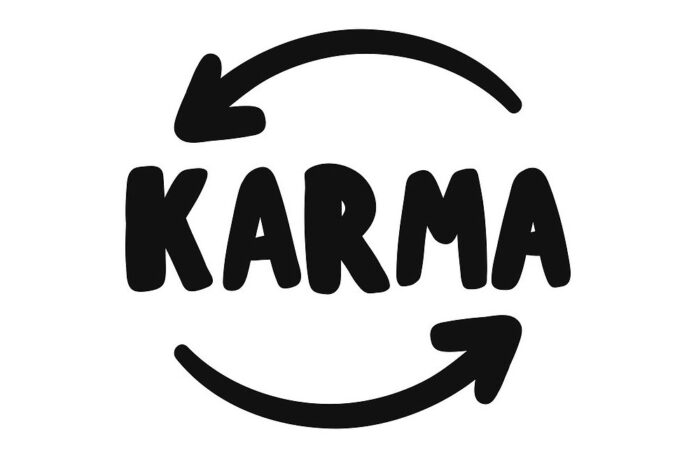 Karma Has No Menu. You Get Served What You Deserve!

“Karma” has no menu. You get “Served what you Deserve”. Sooner or later,”Everyone sits Down to a Banquet of Consequences!” So says an old saying and so says the politics of our country!

On the very eve of our election timetable roll out, we are seeing through the cracks  on the side walks, through the green moss and garbage in the gutters, the holes in the newly constructed roads, the jobless and hungry young men turning to crime, the young women forced into prostitution, old people hungry and alone, we are at the beginning of a new era of poverty and crime if nothing changes.

It is in our hands to change how we plan to live out the rest of our days in the sun, and how we vote will decide whether we live and grow or we choose to live less, and see more of us die, while those who have not worked or suffered become the conquerors of our land and what is left of our people.

The consequences of not voting sensibly will visit on our people a continuum of the very issues we are now arguing about and not being heard.

The date for election will come as a thief in the night, bringing the money to buy the election votes, and the need will be so great, that consequences will take a back seat in our haste to grab the illusive dollars which we have been waiting for all year long.

It is important to remember that the confusion which some people are paid to create is the same confusion we are currently experiencing in the cashless, but over-priced economic poorhouse that our island has become.

When people are encouraged to carry out fraud for election purposes the thread continues, and the government then has to be complicit in allowing the consequences of their fraudulent election activities to continue throughout their reign of terror.

It is important for those who also have an allegiance to another country or island to remember that whatever is done to others will also be done to you, and the consequence of all actions is even more serious reactions.

In accepting a mission to spread fear in an attempt to win an election will only infect the whole country, and as the new administration settles in, the strategy of gangster life will also take its place within the Cabinet and the Houses of Parliament, the hotel and hospitality industry, the public and private sector, and alas, especially among and against the poor and defenseless.

Corruption in elections however hidden and secretive, cannot hide for long, and even as we contend with the recent shootings and break-ins, and hold-ups and violence, and rape and abuse of children, we will then widen the scope for gangs to get a stronghold on our small island even as in some of our sister islands.

Let us not forget the leaders of a small gang which got close to government before are still alive. Let us not sit down after this election to a Banquet of evil consequences!