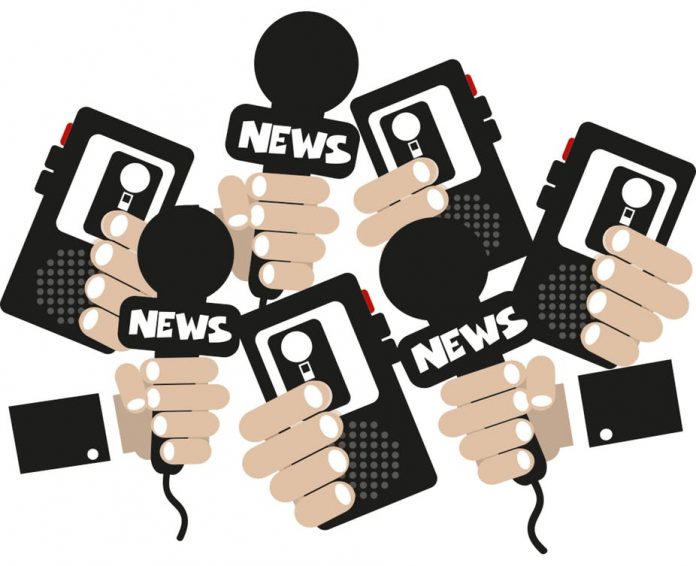 The Paris-based Reporters Without Borders (RSF) Thursday said journalism in Antigua and Barbuda is not as respected as countries like Jamaica.

It named Jamaica as the highest Caribbean country that most respect freedom of information.

In its 2019 World Press Freedom Index, the RWB, which conducts political advocacy on issues relating to freedom of information and freedom of the press, placed Jamaica at number eight out of a total of 180 countries examined.

The RSF conducted investigations in 13 Caribbean countries. Barbados was not among those Caribbean nations listed.

RSF said that journalism in Antigua and Barbuda, Dominica, Grenada, St. Lucia, St. Vincent and the Grenadines, St. Kitts-Nevis, and Montserrat, is not a prestige profession in the sub-region.

“They receive little training and often abandon media work because it is so badly paid, an issue that particularly affects female journalists in the region. Many media outlets are under the direct influence of politicians, especially during elections, because officials can withdraw state advertising at any time and deprive them of income they depend on. In some of the Islands, political parties even own or have major shares in media companies, compromising journalistic independence,” RSF said.

It said that the authorities in the sub-region are also monitoring social networks more and more closely, which encourages a degree of self-censorship.

“In 2018, reports of editorial censorship by the general manager of the Grenada Broadcasting Network brought into question the journalistic independence enjoyed by reporters working for Grenada’s largest media network,’ RSF said.  The One Caribbean Media (OCM), has since launched a probe into the allegations.

“Jamaica ranks among the countries that most respect freedom of information. The rare physical attacks on journalists must be offset against this, but no serious act of violence or threat to media freedom has been reported since February 2009, a month that saw two cases of abuse of authority by the Kingston police,” RFS said in its global report.

It said while the law decriminalizing defamation passed by the House of Representatives in 2013 was a step in the right direction, in May 2018 RSF shared its concerns with Parliament regarding a drafted Data Protection Act that, if passed, could have a chilling effect on journalists.

RFS said with a few attacks on journalists and a varied media landscape, Suriname, which is the second highest Caribbean country and 20th overall, gets fairly good marks these days for its respect for the freedom to inform.

“But training and resources are lacking and “public expression of hatred” towards the government is punishable by up to seven years in prison under a draconian defamation law.”

RFS said that the “very controversial Desi Bouterse, who became president again in 2010 and was re-elected in 2015, has managed to be amnestied for the 1982 murders of 15 political opponents including five journalists”.

In its report, the Paris-based group said Trinidad and Tobago’s controversial Libel and Defamation Act was partly amended in 2014, but “malicious defamatory libel known to be false” is still punishable by up to two years in prison as well as a fine.

It said most media outlets are privately-owned but those regarded as favourable to the government get the lion’s share of state advertising.
“Several pieces of legislation – the Cybercrime Bill, the Whistleblower Protection Act, the Data Protection Act, and the Broadcast Code – could have a chilling effect on press freedom and free expression online if adopted.”

RSF said that police attempted to restrict journalists from reporting on a flood on public roads in 2018, highlighting concerns that authorities and public servants in Trinidad and Tobago do not respect the rights of journalists. \

Trinidad and Tobago was placed 39th overall on the global report, and third in the Caribbean, ahead of the seven-member Organisation of American States (OECS) that was collectively placed at 50th overall and fourth in the region.

Although Guyana’s constitution guarantees free speech and the right to information, RSF said that officials often use various pieces of legislation, including defamation laws, which provide for fines and up to two years in jail, to silence opposition journalists.

It said a cybercrime bill that was passed into law in July 2018 took into account amendments RSF proposed regarding provisions that could have posed a threat to press freedom if used to penalize journalists for publishing reports deemed critical of the government or that are based on information from confidential sources.

“However the bill remains imperfect. The members of the media regulatory authority are appointed directly by the president. This restricts the freedom of certain media outlets, which are denied licenses. Recent attempts to improve regulation of the broadcast industry involved no consultation with any broadcasters. Journalists are still subjected to harassment that takes the form of prosecutions, suspensions, and intimidation.”

Coverage of political developments and criminal cases in Belize is controversial because the media are extremely polarized, the RSF said with regards to that Caribbean country, noting that this often results in legal proceedings that are long and costly for media outlets.

“Cases of threats, intimidation, and harassment of journalists are occasionally reported. Due to inadequate infrastructure, Internet access is among the slowest and costliest in the Caribbean.”

In the case of Haiti, RSF notes that despite recent changes in Haiti’s media freedom laws, journalists suffer from a cruel lack of financial resources, an absence of institutional support and difficulty in accessing information.

“And some continue to be the victims of intimidation or physical violence, especially while covering protests. A series of natural disasters in recent years have inflicted a great deal of damage on the impoverished country’s already extremely limited infrastructure.”

RSF said that the privately-owned media, which are heavily influenced by the interests of their owners, tend to censor themselves.

“Journalists can be exposed to heavy sanctions under a proposed defamation law that was approved by the senate in 2017. The country was shocked by freelance photojournalist Vladjimir Legagneur’s disappearance while reporting in one of the capital’s more dangerous neighbourhoods in 2018,” RSF said.

RSF said overall, the 2019 World Press Freedom Index shows how hatred of journalists has degenerated into violence, contributing to an increase in fear.

“The number of countries regarded as safe, where journalists can work in complete security, continues to decline, while authoritarian regimes continue to tighten their grip on the media.

“The RSF Index, which evaluates the state of journalism in 180 countries and territories every year, shows that an intense climate of fear has been triggered — one that is prejudicial to a safe reporting environment.

“The hostility towards journalists expressed by political leaders in many countries has incited increasingly serious and frequent acts of violence that have fuelled an unprecedented level of fear and danger for journalists.”

RSF secretary-general Christophe Deloire said “if the political debate slides surreptitiously or openly towards a civil war-style atmosphere, in which journalists are treated as scapegoats, then democracy is in great dange.

“Halting this cycle of fear and intimidation is a matter of the utmost urgency for all people of good will who value the freedoms acquired in the course of history.”

Norway is ranked first in the 2019 Index for the third year running while Finland has taken second place from the Netherlands.