Given the current circumstances of the global pandemic, COVID-19, Agricultural Assistant One (1), Mr. Caswall Josephs said that he welcomes the broadening focus on increased crop production ,but underscores the importance of bringing other industries into sharper focus to help strengthen the economy.

During a recent visit to the Central Cotton Station located at Friars Hill Road, Mr. Joseph said that he hopes to see a revitalization of the Cotton industry, knowing the role it has played in the past and the great benefits which the country has received from it.

At the Central Cotton Station, they have explored various methods of improving the variety, like the use of biotechnology, improved breeding grounds and increased research.

“I think there should be a massive turn towards agriculture, not only to look in terms of the vegetable production and crop production and fisheries and so on but also, to look at the fact that because Antigua and Barbuda is well poised, because of our climatic condition to expand the whole cotton industry, knowing that there is a high demand for the West Indies Sea Island,” stated Mr. Joseph.

Mr. Joseph explained that there are definitely challenges that will be faced if this move is to be pursued, however it is possible and at this time when the Tourism Industry is being affected,  a fresh collaborative approach must be taken to develop other industries, including cotton. 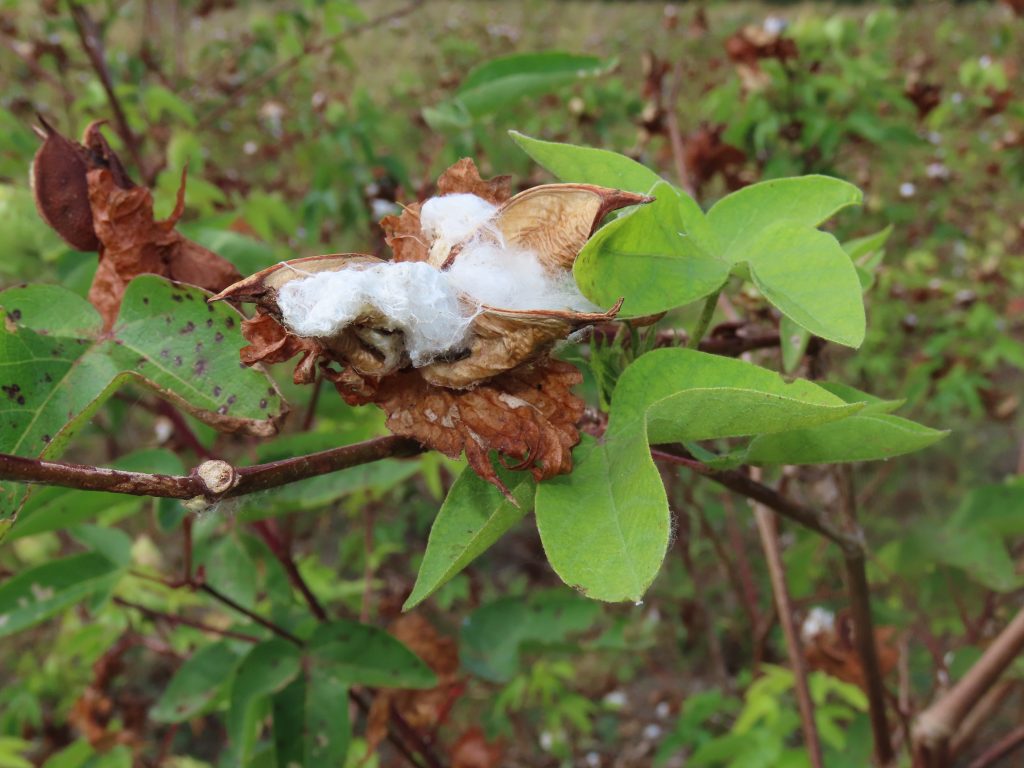 “I believe there can be a direct link between the agriculture sector and the tourism sector in terms of us forging that alliance and developing a brand product,” stated Mr. Joseph.

In the 1950s and 1960s, Antigua and Barbuda’s king crops were sugarcane and cotton and back then, Antigua exported up to 1 million pounds of the West Indian Sea Island Cotton.

Presently, Antigua no longer exports cotton and at the Central Cotton Station which was established in 1946, they are now focused on preserving this premium crop.

Joseph explained that in the 70s and 80s there was a tremendous peak in the demand for cotton and it had a great impact on the country’s agriculture sector, and even contributed to 80% of the country’s Gross Domestic Profit (GDP).

However, as time proceeded, the country’s focus shifted from the production of cotton and a lot of farmers did so as well.

The Central Cotton Station still grows Cotton but with the focus of maintaining the genetic purity of the variety which is the West Indies Sea Island Cotton.

The station has implemented a strategy of maintaining the purity of the cotton, which is self-pollination.

“We would have some of our workers go into the field and what they will do, they would tie the flower bud just before it opens and so what we would have is a self-pollinated process occurring, so we do that because as you know, the cotton itself can be crossed with other varieties,” stated Mr. Joseph.

Mr. Joseph explained that the cotton season commences in August and runs until the end of April while the Cotton Closed Season is from May 1st to July 31st, a proclamation made by the governor general that no cotton should be grown during this time.

The reason for this proclamation is to control the damages which can be generated by a major injurious pest, which is detrimental to cotton, the pink bollworm, which can cause serious economic costs to cotton farming.