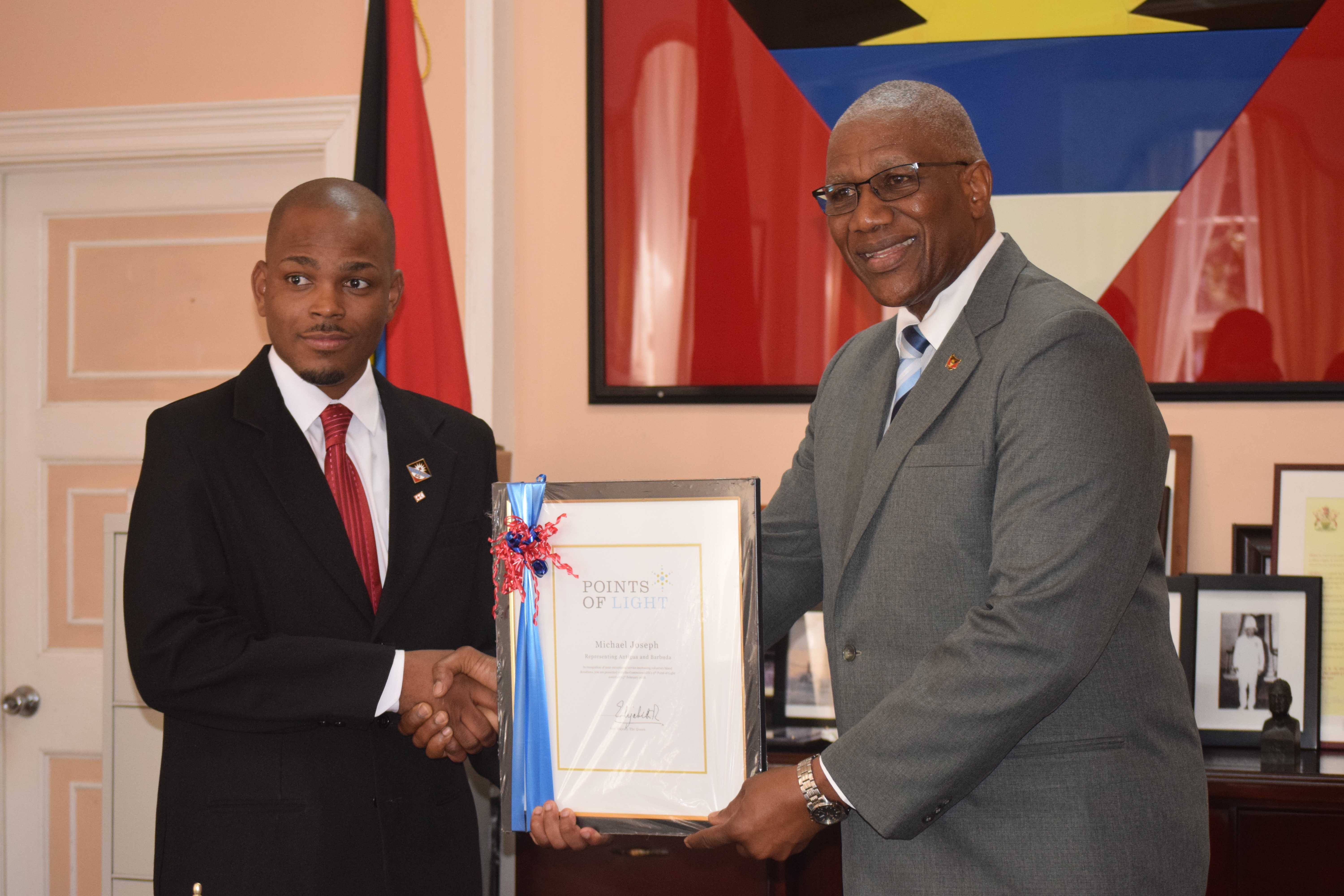 President of the Red Cross Association, Mr. Michael Joseph, today received an award from Her Majesty Queen Elizabeth II, which was presented by the Governor General of Antigua and Barbuda, His Excellency Sir Rodney Williams KGN, GCMG, KSt.J, MBBS.

The Commonwealth Points of Light Award, as it is called, is being given by Her Majesty to young volunteers in the fifty-three (53) nations of the Commonwealth, prior to the upcoming Commonwealth Heads of Government Meeting, scheduled to take place in the United Kingdom in April of this year.

The Governor General had high praise for Michael Joseph who started working with volunteer organizations since he was nine (9) years of age and became the youngest person elected as President of a Red Cross Society.

He has been volunteering with the Red Cross for over eighteen (18) years and has been working with many programmes involving the youth and blood donations.

Mr. Joseph has been very active in guiding the work of the Red Cross in the Barbuda relief efforts post-hurricane Irma and was recently elected to the Governing Board of the International Red Cross Federation and Red Crescent Societies.

It is also noteworthy that ‘Club Lyfe’, a Red Cross blood donor initiative, spearheaded by President Joseph, has raised voluntary blood donations in Antigua and Barbuda’s only blood bank from 2 percent to 25 percent.