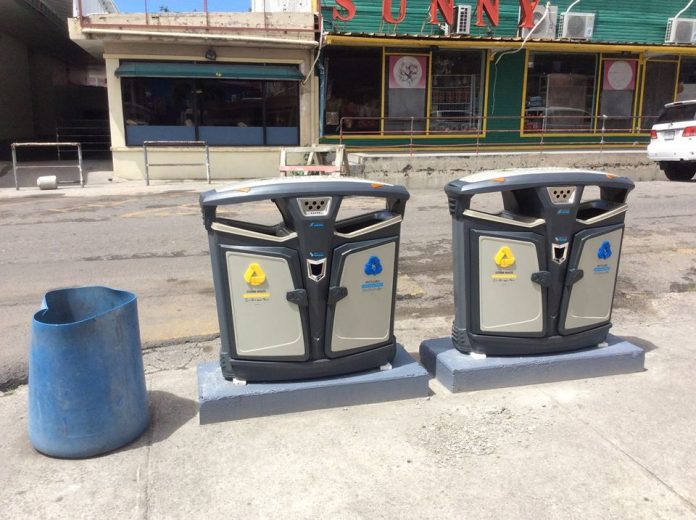 A strong warning has been issued against the improper disposal of garbage and the use of the recently installed garbage bins in St. John’s by business owners.

Owners of shops and other business entities were cautioned by Environment Minister Molwyn Joseph on the disposal of daily waste from their establishments.

According to Joseph, several reports indicate that the business community were using the newly installed bins to dispose of the waste but he is cautioning them, that the bins were not installed for that use but for persons on foot traffic in the city.

“Let me make it clear, litter bins are for pedestrians; the people who are on foot in the city of St John’s; they are not for business places to depose of their garbage or any waste. Should businesses engage in the disposal of the waste in the litter bin; they can incur a fine.”

While on that point, Minister Joseph also took the time to address the time businesses are placing the garbage out for collection.

The environment ministers say the ministry will soon be regulating the times for garbage collections in St John’s, in this case, business places would have advance notice for the disposing of garbage for collections.

When the programme was designed according to Joseph, it was first done to encourage persons to use the bins and now that objective has somewhat been met, he says the next step is to get people to familiarise themselves with the sides of the bin and their usefulness.

With the added information, the minister hopes people will use the information to the decision on which side of the bin to use.

The new litter bins in St Johns were installed recently, so there have been minor reports of misuse and overflowing of the bins.