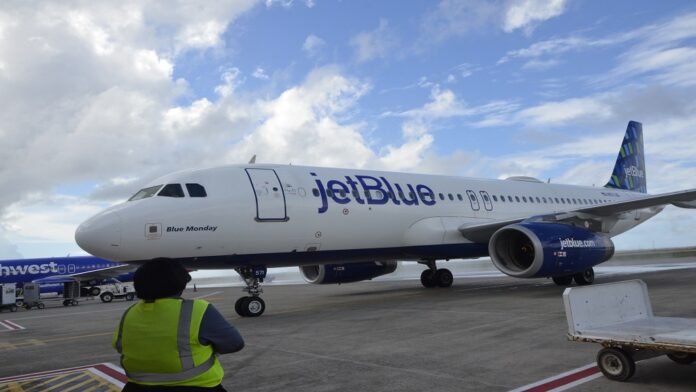 Chief Executive Officer of JetBlue Airways Robin Hayes on Tuesday issued a personal apology to the government and people of Jamaica after one of the airline’s employees made a false claim that she was held hostage at a hotel here.

Hayes conveyed his sentiments during a phone call with Tourism Minister Edmund Bartlett who welcomed the apology.

It was also disclosed that the American crewmember, Kalina Collier, was no longer with the company.

The stewardess was found to have lied about her experience at a hotel on the north coast, after testing positive for COVID-19 when she arrived on the island last month.

According to media reports, Collier was scheduled to depart on February 1, but tested positive twice for COVID-19 and was being quarantined by the hotel for 14 days. While there, she posted several videos on social media in which she claimed she was being held against her will by people who were trying to traffic her.

The claims by Collier, who declared she would be filing a lawsuit, had prompted calls for Jamaica to be boycotted as a tourist destination, with hashtags #WhereIsKalina and #SaveKalinaCollier trending on Twitter.

However, police rubbished the allegations as baseless and mischievous.

Minister Bartlett said he was very heartened by the discussion he had with Hayes earlier in the day.

“His apology to our Prime Minister; the Government; members of the tourism team and the people of Jamaica, for the concern and frustration the incident has caused, was well received. We know that the actions of the employee are in no way a reflection of the standards of Jetblue,” said Bartlett.

“We look forward to strengthening our relationship with the airline moving forward, as JetBlue remains a valued tourism partner.

“Jamaica remains a premier destination and we will continue to provide the world-class service and tourism product, which have allowed Jamaica to become the destination of choice for millions of visitors from across the globe. We will also continue to work along with Jetblue and all our other committed tourism partners in building brand Jamaica,” the Tourism Minister added.