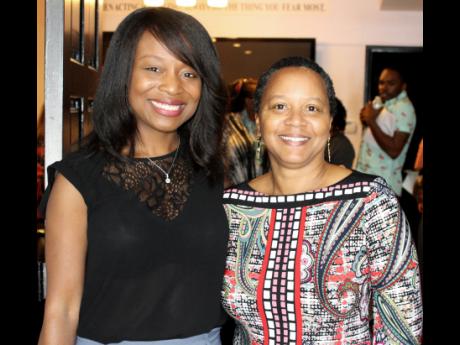 The BarriVision-produced Christian movie 70 x Seven , copped top awards at the recently concluded CaribbeanLens Film Festival in Hollywood, California. The Gleaner caught up with writer and director Judith Falloon-Reid, who shared her joy on the victory. “We are very excited to have been awarded Best Inspirational Film, given that the festival was in the land of film and the judges were all experienced industry people,” she said, adding that it has also given her the zeal to embrace other projects.

Falloon-Reid says the feedback was great everywhere the film was screened.

“We get a lot of laughter and even some tears and audiences generally expressed how the film makes them think twice about people in their lives whom they have discarded,” she shared.

The full-length feature film, produced in partnership with Church on the Rock, Ocho Rios, is the third faith-based film written, directed and produced by the husband-and-wife BarriVision Films team of Michael Brown and Judith Falloon-Reid.

The film is a modern-day story that mirrors the Bible story of the Prodigal Son. It surrounds a reggae superstar who returns home to Ocho Rios to chill out after some misfortune overseas. He arrives in the midst of preparations for a gospel song competition in which his sister is a competitor. The reggae superstar returns to his family and former church, where news of his misfortunes have already made the headlines and battle lines are drawn on all sides.

Now allowing herself the luxury of evaluating the film’s performance, Falloon-Reid says she has no doubts the movie has done what she intended it to.

“It reached people with a message of love and forgiveness. We have had question-and -answer sessions after many screenings and got first-hand feedback,” she informed.

This is the third time BarriVision has copped an international award.

Their first film, Just Another Friday, was awarded Best Jamaican Feature Film at the International Jamaica Reggae Film Festival in 2013 and copped awards for Most Inspirational Film and Best Music Score at the Central Florida Christian Festival in 2014. The second film, The Gift Everlasting, won the award for Best Female Director, in the Faith category at the Florida Movie Festival in 2015 and is being screened at the Chicago Caribbean Film Festival 2017.

Looking ahead, Falloon-Reid says she has already begun working on Just Another Friday 2, with Jamaica Youth for Christ, which is set to be released at the end of this year, hopefully, to complete the JYC’s celebration of 70 years.