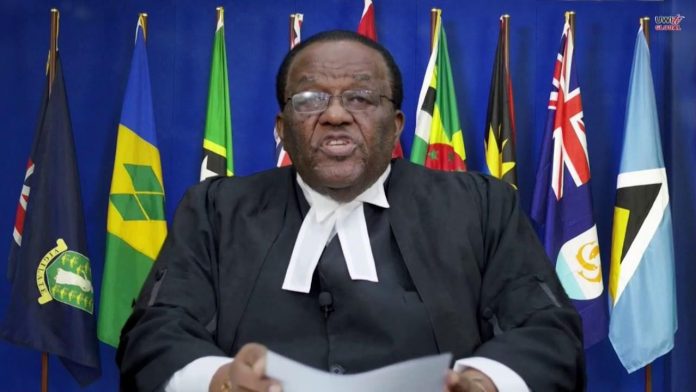 DAILY OBSERVER: A statement from the Labour Department informing the public that Monday January 3 will be a “regular working day” – despite New Year’s Day falling on a Saturday – has left some residents confused.

“I don’t get this – both New Year’s and Christmas is on a Saturday but yet there is a difference in which day is the holiday,” one resident remarked on social media.

Another woman queried: “Is this a prank?”

Minister of Labour Steadroy Benjamin has sought to clarify the matter saying, “I am extremely in favour of the statement of the department.

“We have discussed this in detail, we researched the law and we are satisfied that what they indicated there in the publications are a correct reflection of the law.

“Christmas Day and Boxing Day…is not the same as New Year’s Day,” he said, referring to the relevant statute.

The Public Holidays Amendment Bill of 2019 says, “when Christmas falls on a Saturday or Sunday, the following Monday and Tuesday shall be public holidays” since Boxing Day will follow immediately after.

It also states, “when the first day of January falls on a Sunday, the following Monday shall be a public holiday and the same for Boxing Day”.

When January 1 falls on any other day but Sunday, the official holiday is observed only on January 1.

Independence Day is the only other holiday given the same treatment as Christmas and Boxing Day.

The Labour Department’s release also reminded employers that staff scheduled to work on public holidays should be paid their regular wage, in addition to an hourly rate of 150 percent of their basic rate per hour worked.

And it informed the public that December 25 and 26 this year would also be treated as normal working days. The official public holidays for Christmas are December 27 and 28.

The latter sparked a stormy response from the Antigua and Barbuda Workers’ Union. The body, in a press release yesterday, asserted that employees who work on December 25 should be given holiday pay “due to the fact that Christmas Day is and has always been a common law holiday and is considered part of the sacred Christian calendar of common law holidays and is recognised in the Public Holidays Act Cap 354 as such, along with Good Friday and Sundays”.

The union stated that the 2019 amendment bill did not abolish Christmas Day as a common law holiday and that the bill was made law without changes to its statutory provisions.

The union said they will therefore be going to the courts to seek an interpretation of the Public Holidays Amendment Act of 2019 and “once found correct, we will be demanding that employers pay employees proper compensation for work done on Saturday December 25 2021″.

They also called on the Labour Minister and Attorney General to rethink his position because “there is no legislative provision which alters or revokes that common law position”.