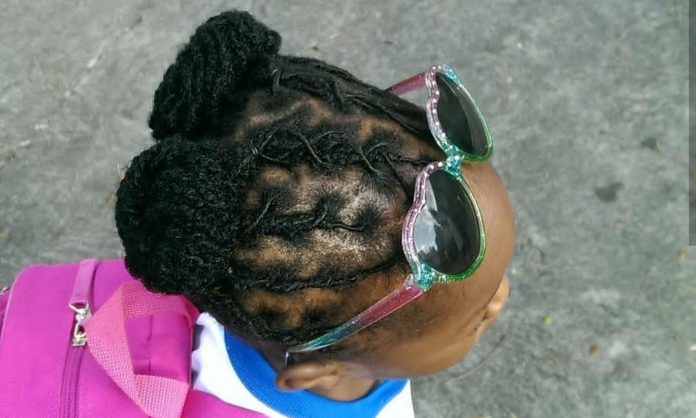 Sherine Virgo said she will not cut her seven-year-old daughter’s hair despite yesterday’s court ruling that Kensington Primary School did not breach her child’s constitutional rights when it denied her access in 2018 for having dreadlocks.

“I will not be cutting her hair! That was never an option on the table. As it is right now, it seems that everything is going the homeschool direction anyways,” Virgo told The Gleaner after the Supreme Court ruling.

The mother was told that her then five-year-old daughter would need to cut her hair before she could attend the school, which is one of the top-performing institutions in Portmore, St Catherine. The school stated that the wearing of dreadlocks was against its policy.

The Supreme Court had granted an injunction for the child to attend school after Jamaicans for Justice filed a motion on behalf of the child and her parents in August 2019. Her mother said that her daughter has performed exceptionally in the two years she has been at the institution, despite the controversy surrounding her hairstyle. Virgo said that her daughter topped her class for both the first and second year and was looking forward to going into grade three this September.

The mother said she was disappointed and left speechless by the ruling, which was handed down by a panel of judges that included Justices Sonia Bertram-Linton, Evan Brown, and Nicole Simmons.

“I will not be putting any creamy crack in her hair. Her hair will continue to stay the same,” she insisted.

The child’s father, Dale Virgo, said he, too, is disappointed with the court’s ruling.

“I expected that Jamaica would lead the charge against somewhat systemic racism as it relates to our hair,” Mr Virgo said.

“Life goes on, and we still have to keep the fight going. She is very bright and she is very upbeat and that’s how we raised her. She is in a happy family,” the father said.

The couple’s attorney, Isat Buchanan, insisted that the child’s constitutional rights to freedom of expression, the right to religion, equity, equality before the law and access to education, among others, were breached.

“It is most unfortunate. It is a sad day, as you can see, for Rastafarians [and] dreadlocks-wearing black people in this country. I respect the decision of the court,” Buchanan said.

The written judgment will be given at a later date, but Buchanan has already indicated that he intends to appeal the court’s ruling. He said the judgment will have implications for the child and her parents.

“The injunction which caused the child to go to the school without being harassed or harmed is now lifted, and the child is at the mercy of the school,” Buchanan said.