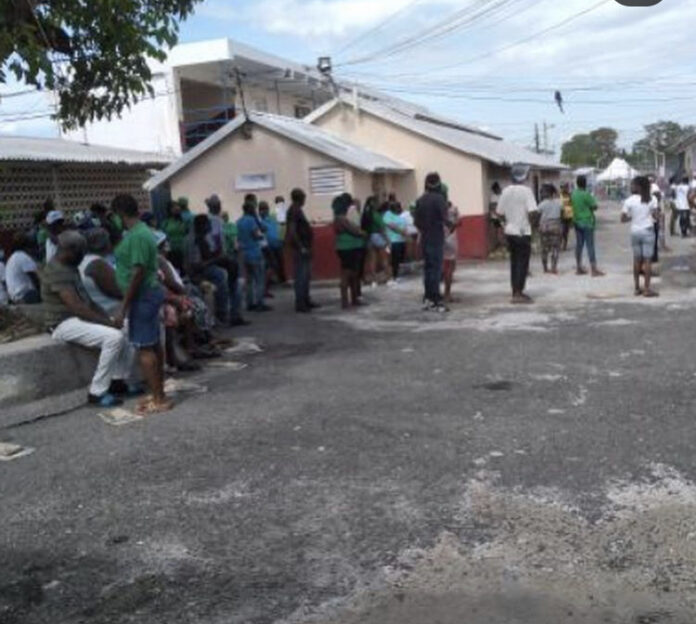 Some Jamaicans were out from as early as 5:00 a.m. queuing up at polling stations across the island being among the first to cast ballots in the 2020 general election. Many early voters came  out prepared well clad showing off their many masks and practising  physical distancing.

The polls opened at 7:00 a.m. with reports coming in from at least three supervisors that voting had gotten off to an early and smooth start with most voters following guidelines. One EOJ  supervisor said that with the exception of some voters in the East Central St Catherine  constituency who have been flouting COVID-19 protocols, most voters have been compliant

Similarly the police report that so far things have been going smoothly.

Close to 2 million electors are eligible to cast their ballots in this  general election.  Despite the large number of voters on the list, there are concerns that voter turn out will be low.