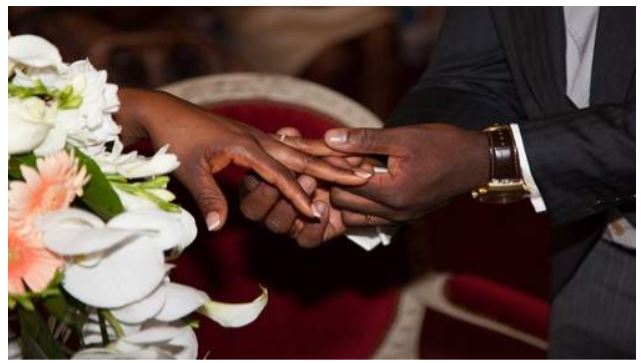 CONNECTICUT, USA – A Jamaican woman was sentenced to six months in a United States prison last Thursday for arranging fraudulent marriages in a bid to help non-US citizens receive “US immigration benefits”, including lawful permanent residence in that country.

According to a release from the US Attorney’s Office for District of Connecticut, Jodian Stephenson, also known as “Jodian Gordon”, 37, of Bridgeport, Connecticut, pleaded guilty to one count of conspiracy to commit immigration marriage fraud on August 19, 2019.

Following her sentencing hearing, she was released on a US$250,000 bond and is required to report to prison on October 25.

Her jail term is to be followed by three years of supervised release, and she also faces the likelihood of immigration proceedings being brought against her.

The US Attorney’s Office alleged that between 2011 and 2017, “Stephenson conspired with others to arrange 28 sham marriages between US citizens and non-citizens residing in the US for the purpose of the non-citizens’ applying for and obtaining ‘lawful permanent residence’ (LPR) status, also known as a ‘green card.’”

One of those sham marriages, according to the release, was between Stephenson, who is a citizen of Jamaica, and a United States citizen.

“For each of the other 27 fraudulent marriages, Stephenson found and introduced a US citizen to be the non-citizen’s purported spouse and helped the couple obtain a marriage license,” stated the US Attorney’s Office.

Further, the Jamaican-American organised the marriage ceremonies and celebrations, as well as coached the couples on “how to make their marriage appear to be genuine” despite them neither living together nor “otherwise intending to remain actually married”.

Added the US Attorney’s Office: “As part of the scheme, Stephenson prepared several immigration documents needed as part of the non-citizen’s LPR application.

While preparing the immigration documents, the Jamaican-born woman or her assistants prepared other false documents for the couples, including a false lease that portrayed the couple as living together.

As part of the modus operandi of the scam, Stephenson would “typically” charge between US$17,000 and US$20,000 to complete this process for a non-citizen, while “the citizen spouse” received between US$2,000 and US$4,000 for his or her participation, the US Attorney’s Office shared.

In detailing a case that led to the eventual arrest of the Jamaican, US authorities said that she offered to “arrange a sham marriage for a federal law enforcement agent working in an undercover capacity” to help obtain a green card in exchange for US$20,000.

Stephenson, in recorded conversations, reportedly introduced the agent to a US citizen and “advised them about the ways they could create the appearance that they were validly married and living together as husband and wife”, the release said.

Following a probe, Stephenson was arrested on June 22, 2018, and charged.

She subsequently pleaded guilty to one count of conspiracy to commit immigration fraud a year later.

In the meantime, 10 persons, including citizens of the United States who entered into one or more fraudulent marriages with non-citizens, have been charged with related offences relative to investigations into Stephenson’s fraudulent marriage scheme.

Eight of those individuals have pleaded guilty, according to the US Attorney’s Office, adding that “Removal proceedings have been, or are being commenced against all individuals whose green card applications were found to have been based on sham marriages.”

The investigations are being conducted by Homeland Security Investigations (HSI) and the US Citizenship and Immigration Service’s Office of Fraud Detection and National Security.