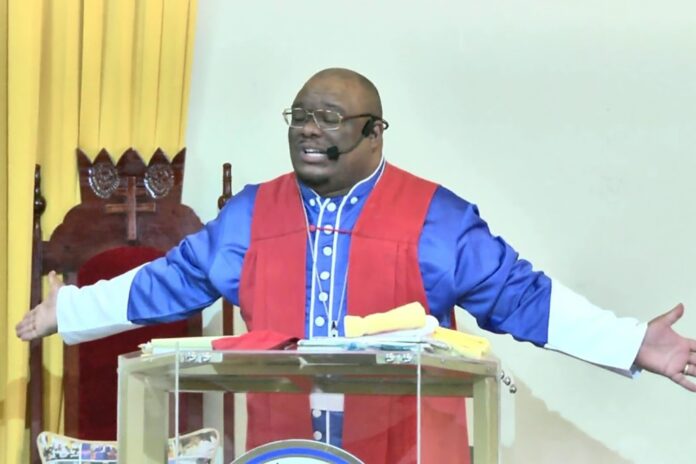 A Jamaican preacher and 41 of his congregants were arrested last week after two people were killed during an alleged “human sacrifice.”

Kevin O. Smith, a self-proclaimed “prophet,” and the church members were arrested for slitting the throats of 39-year-old office worker Tanecka Gardner and an unidentified man.

Friends told the Jamaica Observer Gardner had been buying “essentials” in the weeks before her death, as Smith told his congregants that a flood was about to sweep in.

“Even recently, she has been stocking up on kerosene oil and cooking oil,” a friend told the Observer. “She told me that the pastor said that they must buy brown rice because something is going to happen.”

The day of the murders, Smith ordered parishioners to dress in white, wrap their cellphones in tin foil, leave the devices at home and head to the church, the Mirror reported.

The pastor wrote on Facebook: “The Ark is loading now! Leave immediately dressed in white … It is a Roman Catholic sacrifice — it will have no survivors.”

According to the Mirror, after Gardner was killed, a man also had his throat slit in a bid to rid his body of “impure” blood. Three others were hospitalized with life-threatening injuries.

At the scene police found more potential victims, including naked men and animals, who had been lined up to be next, it is reported.