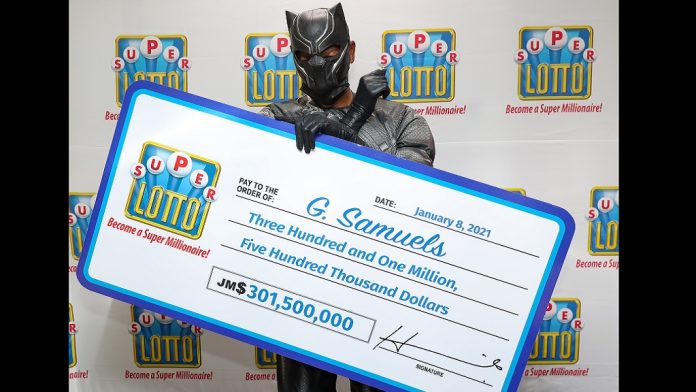 Gaming company Supreme Ventures welcomed the latest member to its ‘super millionaire’ club with the recent handover of the jackpot to the man it only identified as G Samuels.

In line with the trend of lottery winners collecting their prize in disguise to protect their privacy, Samuels showed up at the handover ceremony wearing a Black Panther costume. He said he has been playing Lotto for 19 years and has always had faith that he would win. 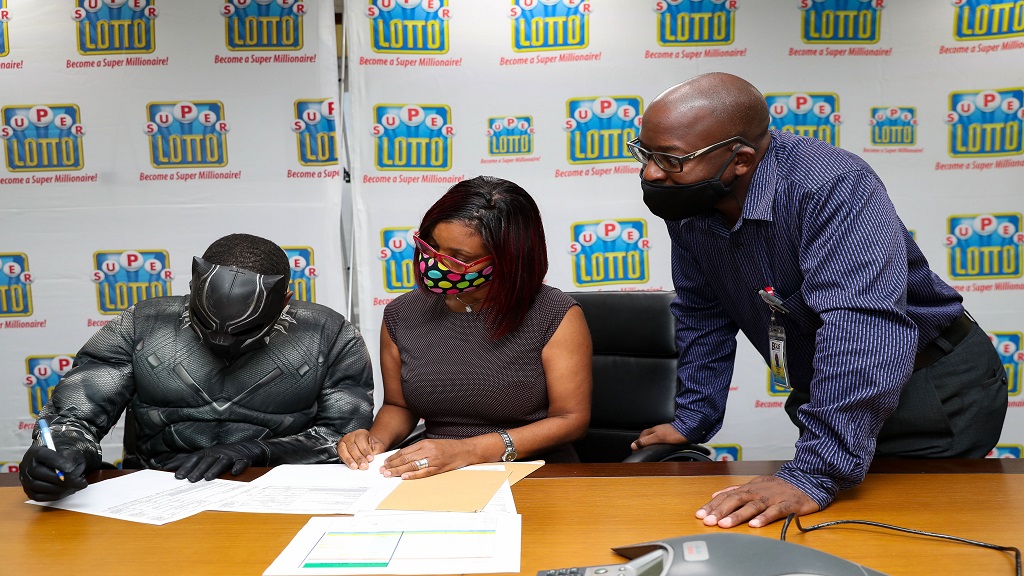 Samuels aims to use his massive pay day to kick back and relax for the foreseeable future.

“I didn’t really have any particular goal in mind. I just wanted to win enough money so I could retire and buy a house and a car. Now I am able to do way more than that and I’m excited about all the things I can do with my winnings,” he said.

Samuels, who purchased his Super Lotto ticket days in advance, says he went to his usual haunt to buy Cash Pot when, in checking his tickets, he found out that he won a whopping $301.5 million in the Super Lotto.

“2020 was a very challenging year for everyone the world over, but Supreme thankfully continues to change lives through our games.  Winners of Super Lotto and Lotto are dramatically impacted due to the massive size of our jackpots, and we are very excited for our latest super millionaire! We appreciate our customers and encourage everyone to stay safe while playing,” she said.