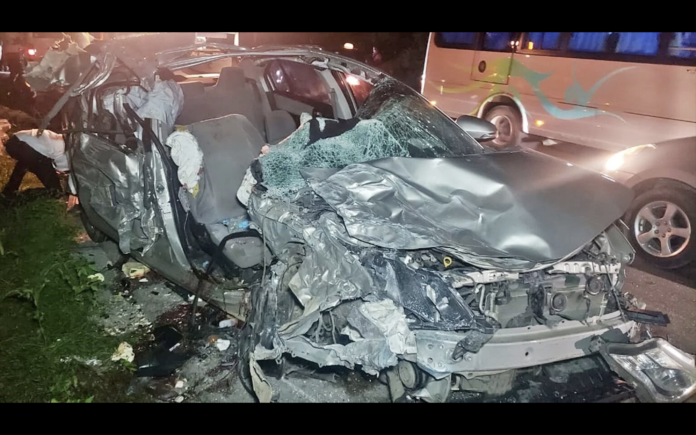 Two of the victims have been identified: Carson Whittaker, 28, who was travelling in the car and the bus driver, Brenton Brown, 45, also called Matterhorn,  a third victim has not yet been identified.

Brown was reportedly transporting staff members from Riu Hotel in Ocho Rios to Runaway Bay when the crash occurred around 12:10 a.m.

“I heard that two cars were coming down and they were trying to overtake and I heard my driver tried his best to take away from them and what happened he couldn’t even help himself, they hit him and put him on the other side,” Gilbert McLeod, owner of the bus, told reporters.

McLeod said he last spoke to Brown shortly before 6 p.m. There was no report of any serious injury to other occupants of the bus.