Public schools were affected Monday as teachers, upset over the unwillingness of the Jamaica government to meet their demands for higher salaries, stayed away from classes.

The Andrew Holness government is offering a six per cent salary increase for the 2017-2018 period and despite the teachers rejecting the offer, is going ahead to make the payments at the end of this month. 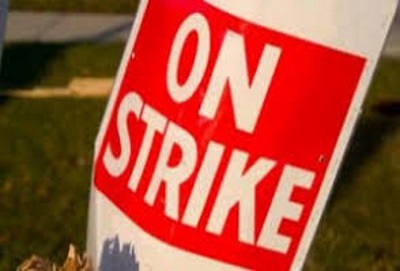 The Jamaica Teachers’ Association (JTA) is accusing the government of engaging in “union busting” strategies and insisted it “has not agreed to any such payment plan.

The public school teachers have rejected a 16 per cent wage increase from the government over a four-year-period amid speculation that they could embark upon island wide industrial action in support of their demands.

The teachers are asking that instead of a four-year agreement, the authorities revert to two years and in addition, they want the special allowance of protective clothing be increased to $20,000 per annum, up from the current J$18,504 (One Jamaica dollar=US$0.008 cents).

They also want teachers to be paid J$2,500 to mark research papers and J$2,000 per student for supervising teaching practice. The government has already rejected both demands.

On Sunday, the government said it had activated contingency plans to deal with the industrial action by the teachers and Education Minister Ruel Reid said the temporary measures are to ensure the safety and security of students.

“In order to ensure that all schools across the island will be effectively manned during this period, a plan of action for public schools has already been effected.  Regional response teams comprising officers from the Ministry of Education Youth and Information, select tertiary institutions and the national parent teachers association of Jamaica, are being briefed and being placed on standby alert as of March 12, for the duration of the school day.”

Reid said that students will be sent home with an advisory from their institution at the end of the day indicating whether the school will reopen the following day.

Meanwhile, Finance Minister Audley Shaw has warned that any deviation from the current wage offer to teachers could translate into more taxes.

He said Shaw while said the government recognizes and appreciates the sacrifices of all public sector workers, it is cognizant of the interest of the teachers and agrees that public servants, including teachers, deserve more.

He reiterated, however, that it is not possible at this time to improve the current wage offer to public sector workers as this would have serious repercussions for, and imperil the economy.

In a statement, the Finance Minister said that, given the calculations, the only possible approach to satisfying the demands of the unions, in terms of an improved offer, would be an increase in taxes on all Jamaicans to pay for this improvement.

He said the government is unable to increase taxes at this time as it would have a deleterious impact on the fragile state of the economy, adding that the administration respects and appreciates public sector employees; however the current wage offer is the best at this time in the national interest.

Shaw said that it is neither unusual nor unprecedented for initial payments to be made in a contract period before the newly negotiated contracts are signed, arguing that this is a sign of goodwill between the government and workers.

He urged understanding and patience from the public sector workers and has pledged to continue negotiations to settle on a wage deal for the period under consideration.