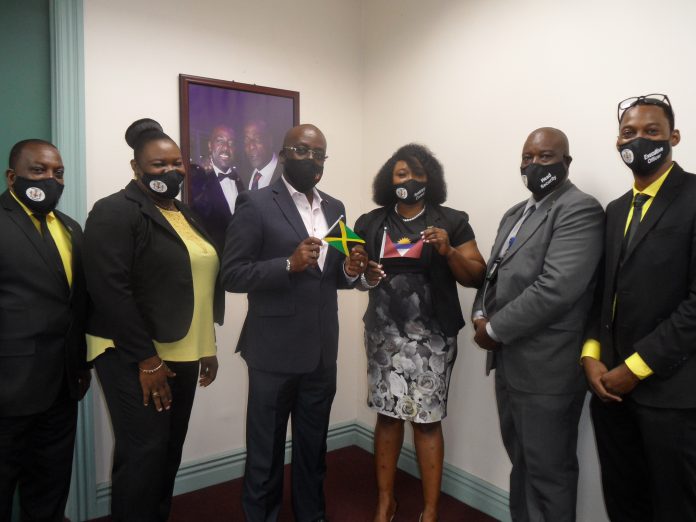 On Friday, Minister of Foreign Affairs, Immigration and Trade of Antigua and Barbuda E. P. Chet Greene presented an exequatur —  an official recognition by a government of a consul, agent, or other representative of a foreign state, authorizing them to exercise the duties of office — to the new Honorary Consul of Jamaica in Antigua and Barbuda, Onika Campbell.

During the ceremony, Minister Greene discussed the commonalities amongst Caribbean people and his continued desire for increased engagement between Antigua and Barbuda and Jamaica.

He further expressed his intention to foster deeper bilateral relations and to strengthen interconnectivity between Caribbean nations by extension.

Campbell expressed her desire to work along with the Government of Antigua and Barbuda and stands ready to engage in development and cultural activities to the benefit of both our peoples.