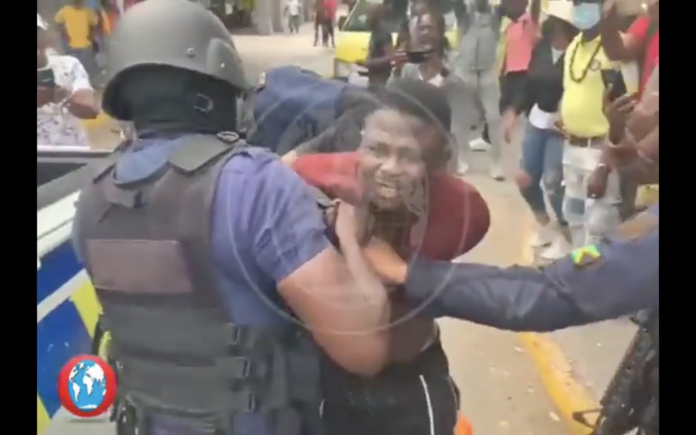 President of the United Independent Congress Joseph Patterson was among several persons arrested this morning by the police during an anti-COVID-19 vaccination protest in downtown Kingston.

The protest was organised by the political party.

The detainees are being processed.

Scores of persons, both masked and maskless, gathered at The Ward Theatre this morning for a planned march to Parliament at Gordon House.

Prior to the start of the march, the protesters were asked by the police to disperse as the march did not receive a permit.

“This is the police. If you don’t want to hear what I’m saying, it’s your choice…there will be no march from here to anywhere and if you do decide to do that the police will have to deal with you as we see it fit,” Superintendent of Police, Steve McGregor, warned.

However, Patterson stressed that citizens do not need a permit to walk in their country.

“Our freedoms and rights are being trampled. The Government is trying its darnedest best to force us into something and we would not allow the Jamaican people to be forced into anything. We have the right to choose. We have not given up that right and we will never give up that right,” he further stated.

The political party has staged demonstrations across the country in recent weeks.

It has vowed to press the Government on vaccination.

Yesterday, the police warned the public against undertaking street marches without a permit.