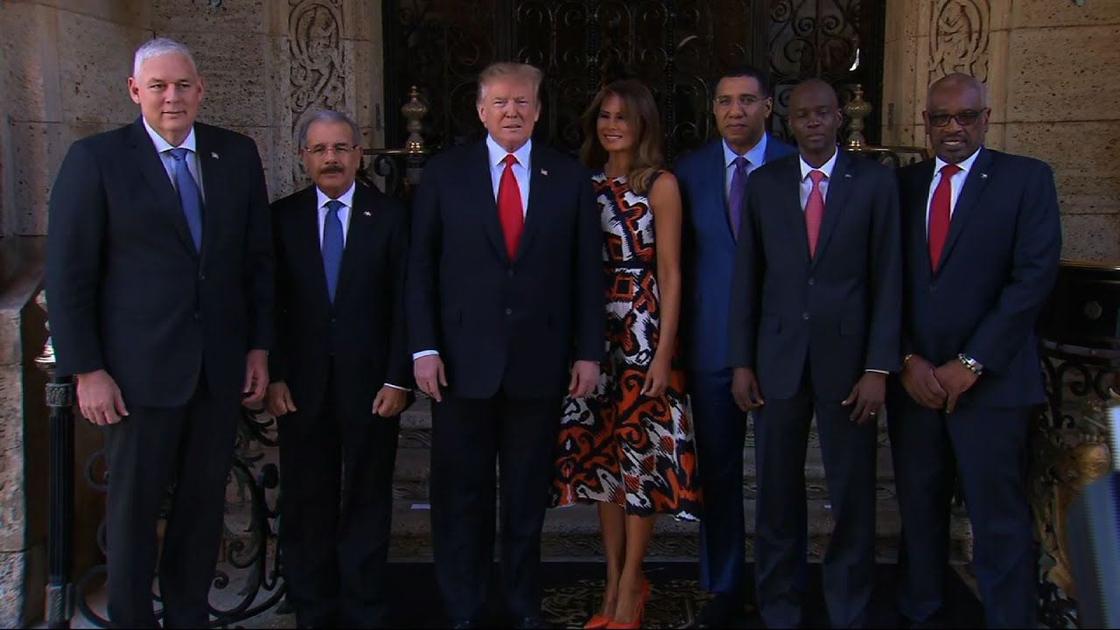 Trump, who met with the leaders of Jamaica, Haiti, St. Lucia, the Bahamas and the Dominican Republic, had earlier described them as ‘friends of mine who had done a wonderful job in their respective countries.

“We will be talking about many subjects, trade…and also we will be discussing I have a feeling Venezuela. It has become a very big topic all over the world, Venezuela and we look forward to spending a lot of time …and discussing ways that could be beneficial to you and beneficial to us.
Washington along with its allies have been seeking to remove President Nicolas Maduro from office in favour of the Opposition Leader Juan Guaidó, who has declared himself the interim president of the South American country.

CARICOM leaders at their inter-sessional summit in St. Kitts-Nevis last month had reiterated their position of non-interference in the internal affairs of Venezuela and said they were prepared to mediate in the process to bring about a peaceful resolution to the crisis.

The White House had said that the meeting on Friday would also discuss China’s economic role in the region.

In a message posted on his Twitter page, Prime Minister Holness wrote “our first meeting as Caribbean leaders with US president …was promising as we anticipate further discussions on energy trade, security  and issues to do with peace and stability within the region”.

In a brief message the White House later reported that the leaders “discussed the importance of supporting a peaceful democratic transition in Venezuela, disaster resilience, opportunities for investment and ongoing security cooperation”.