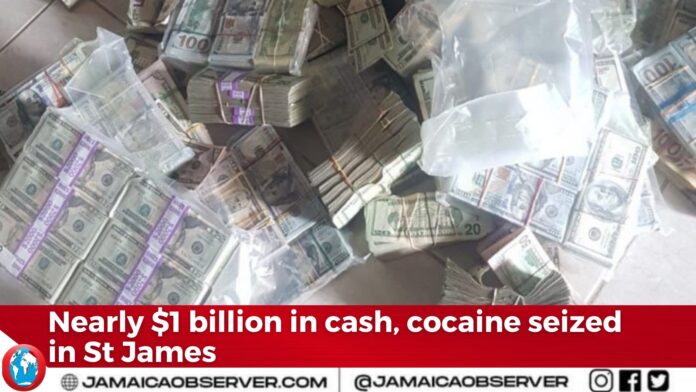 According to reports, investigators are still in the process of tallying the amount of cash seized.

Reports are that about 7:30 am, a Toyota motor car was intercepted by police in Coral Gardens, St James and was searched, during which 11 kilograms of cocaine was found.

A 46-year-old businessman was taken into custody in connection with that incident.

Hours later, about 11:30 am, investigators, acting on information, went to a house in the same area and found a large quantity of US and Canadian currency.

The police believe the cash is likely the proceeds of criminal activities.