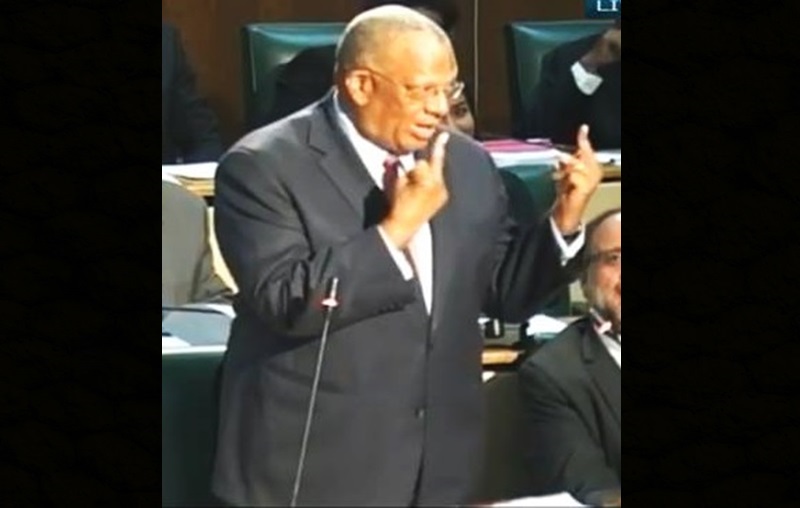 Leader of the Opposition Dr Peter Phillips has apologised for showing his middle fingers in Parliament on Tuesday during a discussion on the problems facing the Cornwall Regional Hospital in St James.

Public criticisms have been mounting for Phillips to apologise for the gesture which he said was not intended to be offensive.

Speaking this morning at a press conference at the People’s National Party’s headquarters on Old Hope Road in St Andrew, Phillips said he regrets showing his middle fingers in the Lower House. According to Phillips, on Tuesday, he sought to get a two-minute extension for opposition spokesman on health Dr Dayton Campbell to allow him more time to highlight “the deepening crisis at the Cornwall Regional Hospital and the failure of the Government to address this crisis with the urgency it deserves”.

“In seeking this two-minute extension I used a gesture which has become the subject of controversy and interpreted as offensive. As the records of the Parliament will show, at no time was any offence meant and none was taken either by the Speaker, who is the presiding officer of the Parliament, nor by any member of the parliament on either side of the aisle,” Phillips explained.

“However, in light of the misinterpretation, and in some instances misrepresentation, I regret using this gesture in what was a light-hearted moment of banter in the House, in fact, intended to diffuse any tensions which were arising.”

Phillips argued that the controversy generated in public discussion should not be allowed to divert public attention from the “serious threat posed by the negligence of the government to the Jamaican people, and particularly for the people who use the facilities of the Cornwall Regional Hospital.”