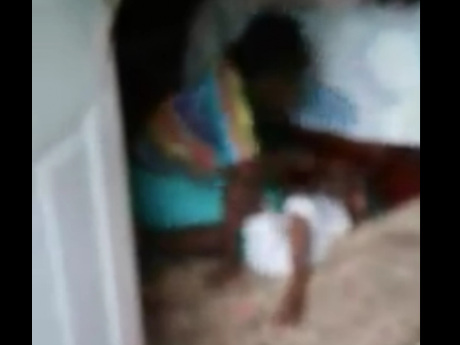 A woman seen in a video violently beating a small girl has been located by the Child Protection and Family Services Agency (CPFSA). A source at the CPFSA, formerly the Child Development Agency, told The Gleaner yesterday that the incident took place in Westmoreland.

Chief executive officer of the CPFSA, Rosalee Gage-Grey, said a team from the agency, with support from the Police Cyber Crimes Unit, located the woman and is currently pursuing further leads in the community where the mother and child live.

The incident had prompted swift investigations by the CPFSA, whose CEO warned that such methods of discipline must be avoided.

The video shows a woman shoving and constantly beating the child with her hands and a belt, as well as delivering blows to the child’s head. She was also seen dragging the child’s hair and shaking the infant’s head violently.

“Our investigators are still investigating the matter and are in the community pursuing leads. We reiterate to parents and guardians that any form of hurt inflicted on a child is child abuse. Therefore, we encourage that alternatives to corporal punishment are used in disciplining children. Beating children has long-term effects and should not be practised,” Gage-Grey declared.

Throughout the abuse, the woman shouted at the child, scolding her not to follow the lead of friends and also castigating her for poor academic performance.

“Lef blasted company! Do your work. Mi will kill you! A work mi send yuh a school fi do, so stop ramp. Stop ramping and leggo out a company,” the woman shouted as she delivered several blows to the body of the child.

Each time the infant tried to escape the woman’s wrath, she was dragged back for more abuse.

The woman inflicting the punishment threatened the crying child that come next time, the buckle of the belt will be used to beat her in the forehead.

She was sent off to bed, and as she got in the bed, the woman slapped her with the belt once more, before hurling threats that her head would be decapitated if she continued to fall back on her performance in school.