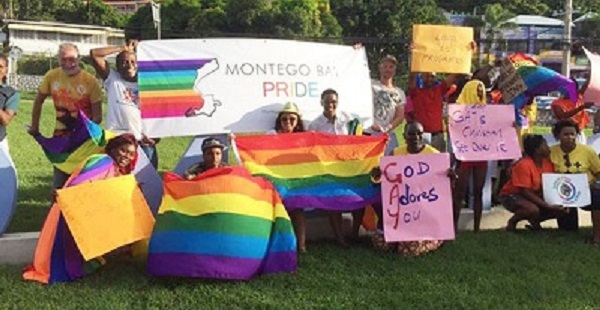 Montego Bay Pride, which says it was created to allow marginalized and abused members of Jamaica’s LGBT communities feel like they have a place in country, Sunday said it had filed a lawsuit against the Mayor and the St. James Municipal Corporation after they banned the organisation from using a cultural centre.

Montego Bay Pride said it filed the case last week against Mayor Homer Davis and the St. James Municipal Corporation for banning the group from using the Montego Bay Cultural Centre to host some of its events in October.

The case was brought by Montego Bay Pride’s founder and Development Coordinator, Maurice Tomlinson, an attorney, gay rights activist, educator and a senior policy analyst with the Canadian HIV/AIDS Legal Network, who is being represented by lawyers from Jamaicans for Justice (JFJ).

Tomlinson argued that mayor in a Jamaica Gleaner newspaper article was quoted as saying that banning Montego Bay Pride from the Cultural Centre was necessary to preserve the “sacredness” of the space.

In his application for judicial review Tomlinson states that by rescinding the permission given to Montego Bay Pride by the Cultural Centre the decision of the mayor and the Municipal Corporation was “discriminatory, unconstitutional and ultra vires.

“The decision by the mayor and the Municipal Corporation to ban us has been devastating and with far reaching implications. Citing this decision other venues that were to host our events cancelled and the police said that so much anti-gay sentiment has been whipped up in the city that it would be impossible to safely hold our Walk for Rights.”

Tomlinson said that he was “even mobbed and attacked by vendors who support the mayor while I was outside the Cultural Centre.

“The mayor and the Municipal Corporation have effectively denied vulnerable LGBT Montegonians any safe place in this city, even though we are taxpaying members of the public and many of us are central to the country’s vital tourism industry. The decision has to be reversed,” Tomlinson added.

JFJ executive director Rodje Malcolm said that attorneys for the human rights group have agreed to represent Tomlinson, on behalf of the members of Montego Bay Pride, in his application for Judicial Review.

“Information JFJ has received suggests that the decision to revoke access to a public meeting space was potentially unlawful and based principally on the personal views of one individual. However, in a free and democratic society, the personal views of public officials – regardless of the issue or group – are not what determines if people can access public spaces for peaceful and lawful discourse,” Malcom added.