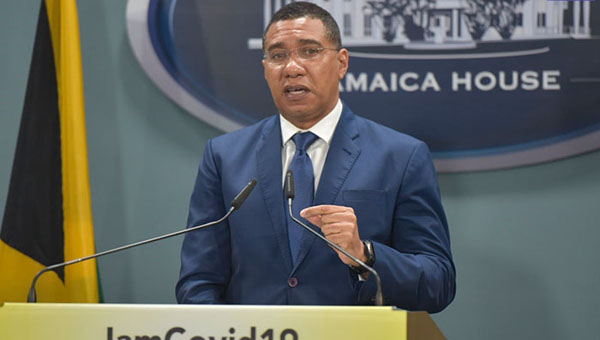 Jamaica Observer: Minister of Agriculture & Fisheries Floyd Green seems set to resign from the Andrew Holness Cabinet following public backlash after a video surfaced late Tuesday showing him and several others at a social gathering purportedly on a no-movement day and paying scant regard to COVID-19 protocols.

OBSERVER ONLINE sources say Prime Minister Holness was livid when the video went viral and following early morning discussions it was decided that Green would resign.

According to the sources, Green’s letter of resignation should be on the prime minister’s desk before mid-day and will be made public shortly after.

Green is expected to remain as the Member of Parliament for St Elizabeth South West and move to the backbenches in the House of Representatives.

The video, which continues to spark outrage on social media includes Jamaica Labour Party (JLP) councillor for the Mona Division in the Kingston and St Andrew Municipal Corporation, Andrew Bellamy, and Green’s assistant, Gabrielle Hylton, who is also vice-president of the JLP National Organisation for Women.

In the video, Green and others are seen sharing in a toast while gathered at a table boasting bottles of Moet, Red Bull and other refreshments and food items.

During the toast, shouts of “No-movement Day” and “Shower Labourite”, a term used in reference to supporters of the ruling JLP, are heard.

All the attendees appear without the required face masks with the exception of an unidentified female who is seen wearing a mask on her chin.

It is alleged that the gathering was at a hotel in St Andrew on Tuesday in celebration of Hylton’s birthday. Tuesday was a no-movement day, part of measures implemented by Government to combat the spread of COVID-19 in the island.