The Jamaica government has described as “misleading and erroneous” the information contained in a video being circulated on social media accusing Sandals Resorts International (SRI) of bias in its entertainment hiring practices.

“Sandals Resorts International, a truly Jamaican resort company, pointed out quite forthrightly that 80 per cent of their entertainers are Jamaican, with the remaining 20 per cent used to execute circus shows, mainly as the local groups capable of doing so are fully booked,” the Ministry of Tourism said in a statement. 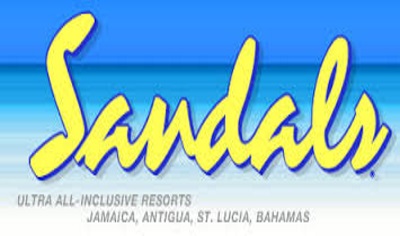 It said that the information in the video must be understood in the context of an increasingly competitive tourism sector which has seen record growth in arrivals and revenues, leaving many hotels and attractions packed and bursting at the seams.

Over the weekend SRI describing the accusations contained in the video as “misleading and downright spurious”.

SRI, which has operations in several Caribbean countries, said that in 2015 a contingent of its senior representatives met with a group of local entertainers and recommended that they source Caribbean Single Market and Economy (CSME) certificates “to facilitate exploring movement into our non-Jamaican properties to provide much-sought-after Jamaican performers.

“Sandals has heard nothing back and no one has approached the company to take up this offer,” it said.

The CSME allows for the free movement of goods, services, skills and labour across the region.

In its statement, the Ministry of Tourism noted that Tourism Minister Edmund Bartlett has consistently called for greater inclusion of Small and Medium Sized Tourism Enterprises (SMTEs)in the tourism value chain.

“The ministry, in this vein, established five Tourism Linkages Networks — one of which is sports and entertainment — to drive programmes and projects that create more economic opportunities for SMTEs.

“Further, to assist with investment for micro and small, Jamaican-owned businesses to build capacity to create and compete, a one billion dollar (One Jamaica dollar=US$0.008 cents) revolving loan was established through the Tourism Enhancement Fund and the Exim Bank. That programme is proving remarkably successful so far,” the statement said.

It noted that beyond that, the tourism ministry remains committed to the development of all tourism workers in Jamaica.
“Their invaluable and dedicated services are indispensable to sustaining our award-winning and globally competitive tourism product. We delivered on our 2016 promise to establish the Jamaica Centre for Tourism Innovation (JCTI) in 2017. Just recently, over 150 Jamaicans graduated from the JCTI, which means they are qualified to work anywhere in the world. This is a significant turning point in professionalism in the industry and labour market reform,” the ministry said.