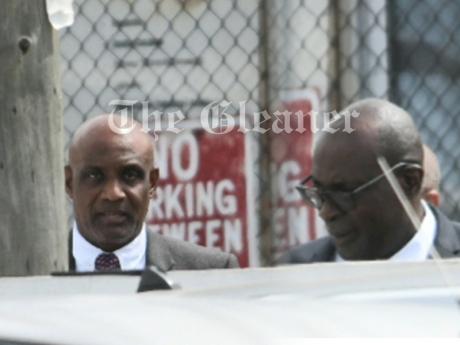 Former education minister Ruel Reid and his co-accused were offered bail when they appeared in the Kingston and St Andrew Parish Court today.

All three were ordered to report to Matilda’s Corner Police Station in St Andrew on Wednesdays and Saturdays and must not be seen at the Ministry of Education and the Caribbean Maritime University.

They were also ordered to surrender their travel documents and stop orders were imposed by the court.

Similar restrictions were imposed on co-accused Professor Fritz Pinnock, president of the CMU, who was granted $2 million bail and Councillor for the Brown’s Town Division Kim Brown Lawrence, who was offered $1million.

The prosecution did not oppose bail.

The five accused were arrested yesterday during pre-dawn operations at their homes in St Andrew, St Catherine, and St Ann.

Investigators indicated that the arrests followed a probe into allegations of corruption, fraud, and misappropriation of public funds in a multimillion-dollar corruption and fraud scheme perpetrated at the Ministry of Education, the CMU, and other government entities falling under the portfolio responsibility of Reid.