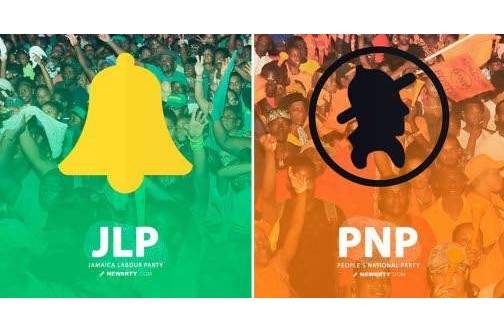 As Jamaica anticipates general election in 2020 the country’s electoral body, the Electoral Office of Jamaica (EOJ), is currently preparing its estimates of expenditure for local government polls due this year, and legislative election also expected in the first half of the year.

Director of Elections Glasspole Brown told The Sunday Gleaner last week that an election budget is automatically triggered by the EOJ in any year in which an election is due.

“We have begun to ramp up preparations here at the Electoral Office of Jamaica. We are starting the process of recruiting personnel and then training and procurement of goods, mostly from overseas,” Brown said last week.

In 2016, the cost to stage the one-day event ran taxpayers $1.1 billion, but saw nearly one million registered voters failing to exercise their right to vote.

The 2020 sum is expected to be significantly higher than the 2016 cost, as is the voter turnout.

In the EOJ’s summary of polls for the 2016 election, it noted that of the 1.8 million registered electors then, only 882,389 persons or 48.37 per cent voted. The figure represents the lowest voter turnout – a percentage which has shown declining numbers – over the last several general elections.

“In an election year – and this is an election year – with local government elections due in a few months’ time, the Electoral Office would prepare a budget for the Ministry of Finance. We are currently preparing that budget,” he stated.

According to Brown, materials such as toner for computers were not critical at this time, as they would be purchased closer to the date of use, while indelible ink, in which voters are expected to dip their fingers following their vote – can last for years – said Brown.

The massive expenditure for the polls has not resulted in increased percentages of individuals casting a ballot, a trend which has been seen over several elections in Jamaica.

The biggest costs for the elections in 2016 was $689 million which was used to pay election-day workers comprising 20,000 polling station workers, 8,000 security assistants and 14,000 indoor agents. The next highest cost was $273 million which was used to purchase goods and services such as toner, printer maintenance kits, integrity lamps, voting ink, and other stationery.

However, Fisher’s plea for increased voter participation has fallen flat for a retired tertiary academic. Last week, speaking with The Sunday Gleaner, he shared disdain for the electoral process, noting that he would never vote again.

He expressed pain over the current administration, which he described as having “committed a myriad of political unforced errors”.

“They may want to go local first to test the climate, especially because of the mess they have created in such a short space of time. But among the older people who have seen the two parties in action over many years, whether they have voted or not, the country’s stomach is sick of the lot of them,” said the retired academic.

He said “elections are for the instant gratification generation”, adding that while the costly fight for voting rights was appreciated, he would not give his vote to neither the Jamaica Labour Party (JLP) nor the People’s National Party (PNP).

“There are five persons I would vote for in the entire Jamaica. Four are from one party and one from the other. But I can’t vote for one without voting for JLP or PNP and I will never do that again,” said the retiree.

One election observer also theorised that Prime Minister Andrew Holness may opt for local election before the general elections to test the “proverbial political waters”.