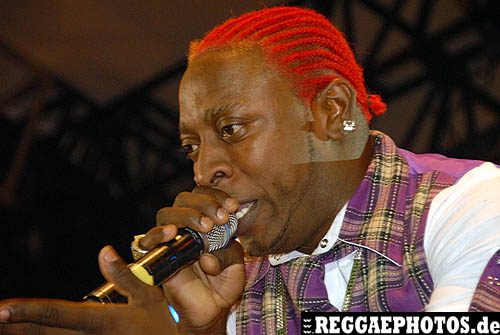 Psychologist Dr Leahcim Semaj believes Jamaican entertainers have a civic duty to be responsible in times of crisis.

He made this observation after the Jamaica Constabulary Force launched an investigation into the alleged false declaration to an immigration officer by entertainer Elephant Man.

“They are very influential people, so it is very important for them to display more social responsibility, especially in this time,” Semaj told the Jamaica Observer’s Splash yesterday.

According to a police report, Elephant Man (given name Oneal Bryan) arrived at the Sangster International Airport in Montego Bay, along with other members of his team on Tuesday and was asked to declare the countries he visited after leaving Jamaica.

Elephant Man was reportedly on tour in Europe, but did not declare all the countries he was in.

Europe is currently grappling with the outbreak of the novel coronavirus disease (COVID-19).

Italy has reported 5,322 new cases, lifting its overall total to 41,035, which is half of China’s massive total, according to the health ministry’s latest report. The country’s 427 deaths raise its overall fatality number to 3,405, which tops China’s latest total of 3,245.

Jamaica has recorded one death and 16 people testing positive for the virus.

Yesterday, Elephant Man issued a video apologising for what he called a “misunderstanding” at the airport.

“I really, really, really, sincerely apologise to the staff of at the Sangster International Airport and the Minister of Health and the people of Jamaica. I also want to apologise for any misunderstanding for the way I incorrectly completed the form. I actually put the last country I landed in, as opposed to all the countries I landed in the last six weeks. Sorry fi dat, drop asleep, yuh done know. I have spoken to the authorities and I am now self-quarantined at home,” the deejay stated.

He is no stranger to controversy. Last year Elephant Man was at the centre of viral video in which he was seen being handed a gun. His lawyer subsequently said the video was “doctored” and no charges were pressed.

In 2011, he appeared in court for electricity theft and the year before, his Mercedes-Benz vehicle was seized by the Inland Revenue Department for tax evasion.

Semaj believes that dancehall music makes it easier for entertainers to go against the grain.

“Because of the nature of the music, it is very rebellious. So to really act out, makes you seem cool and is accepted when things are normal, but things are not normal now,” he explained.

He hopes the authorities will impose strong measures on Elephant Man to send a powerful message.

“They will have to apply pressure. If he is found guilty, it is important that the he is punished duly to ensure the society sees that certain people cannot get away with anything. A strong message needs to sent,” he said.