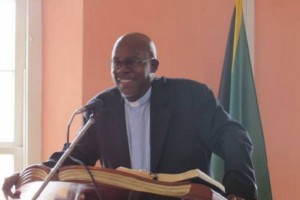 A 64-year-old pastor has been sentenced to eight years in prison, on two counts of having sexual relations with a minor.

On Thursday, a court in the southern parish of St. Elizabeth sentenced Rupert Clarke, a pastor with the Moravian church.

The sentences will run concurrently.

Clarke was taken into custody on December 28, 2016, after the police spotted him in a  car that was parked by the side of the road, in a compromising position with a 15-year-old.

The second count is in relation to a 13-year-old – the sister of the 15-year-old.

Last November, Clarke appeared in court where he pleaded guilty to two counts of having sexual relations with a person under the age of 18.