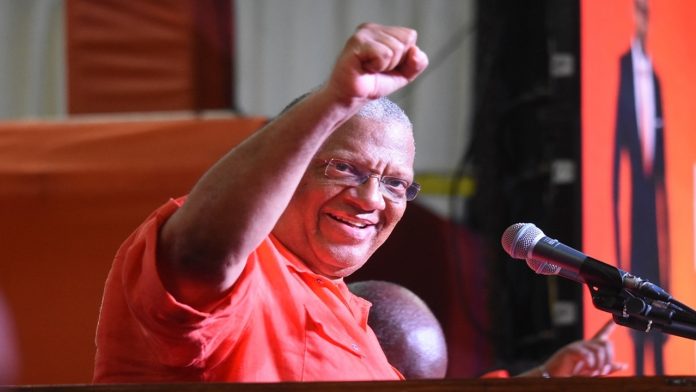 Dr. Peter Phillips, on Saturday held onto the reigns of the main opposition People’s National Party (PNP), when he defeated Peter Bunting in a challenge for the leadership of the party.

The Electoral Office of Jamaica (EOJ) reported a 96 per cent voter turnout in the election which took place at the National Arena.

Almost 3,000 delegates were eligible to vote in the election.

General Secretary of the PNP Julian Robinson, who announced the election results, urged delegates to accept the results and work towards uniting the party.

This is the third time that delegates are being called on to decide a leadership contest involving  Phillips.

He lost on the last two occasions when he went up against former president Portia Simpson Miller.

Phillips, who took over the leadership of the party in March 2017, following the party’s defeat in the 2016 general election, had welcomed the challenge to his leadership by Bunting, saying that it arguers well for the party gearing up for the next general election constitutionally due in 2021.

“Our paramount consideration must be to provide the Jamaican people with a strong and effective alternative to an out of control JLP government which has unleashed unprecedented scales of corruption on the Jamaican landscape,” said Phillips, who took over from former prime minister Simpson Miller.

Bunting, 58, the Member of Parliament Central Manchester said he had thrown his hat into the leadership ring after claiming that following the party’s defeat in the last by-election in East Portland there had been increasing speculation about both the desirability and the likelihood of a change in leadership of the party.

Bunting, said that while Phillips has made an outstanding contribution to the party and the country in the various positions in which he has served over the past three decades, “however, since becoming president, he has not implemented a single transformational initiative within the party, and is just not seen as the right person for this time”.