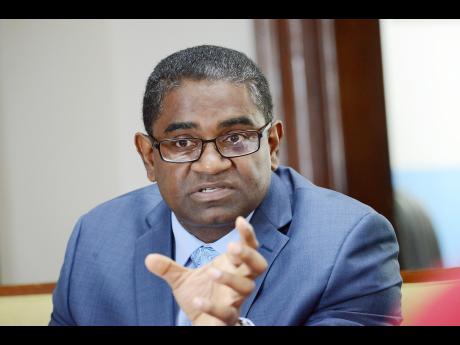 With pharmaceutical company Pfizer claiming that pharmacies in Jamaica are selling counterfeit versions of its drug Viagra, the Counter-Terrorism and Organised Crime Investigation Branch (C-TOC) is reporting that a facility in Spanish Town, St Catherine, has been placed under investigation.

C-TOC, along with the Mobile Reserve and Motorised Patrol Division, was on operation on Friday as part of a continuing effort to rid the streets of counterfeit goods. A warrant was executed on the owner of a pharmacy located at Beckford Street, where small quantities of the tablets believed to be counterfeit Viagra were seized for further testing and investigation. Viagra is used to treat erectile dysfunction in men.

Assistant Superintendent of Police Victor Barrett, of C-TOC, said the pharmacy was raided because of reports the police received of the medication being sold without prescription.

“The partnership with Mobile Reserve and the Motorised Patrol Division was deliberate because we want to send a strong message to those persons who are involved in counterfeit trades that the police are unified in their effort to rid the streets of counterfeit goods of all forms,” said Barrett.

Later Friday, in another raid conducted by the team in the Half-Way Tree area, 20 cases of illegal cigarettes with an estimated market value of

$6 million were seized. Five hundred and fifty DVDs, a small quantity of ganja, and three offensive weapons were also among the items seized.

Four men were arrested and charged.

“The criminals have formed alliances to transact and conduct their criminal activities. Consequently, the police have to act likewise. If we don’t form alliances, then we (police) will be isolated and weak. Teamwork, in my opinion, is the ability to work towards organisational objectives and the fuel that drives the Jamaica Constabulary Force to attain uncommon results,” said Barrett.

Assistant Commissioner of Police Fitz Bailey, who heads C-TOC, said the recent introduction of a $5-million fine for breaches of intellectual property rights is a step in the right direction.

“The issue of selling counterfeit goods has far-reaching negative effects on our society and country as a whole. Therefore, I will commit to Jamaica that, under my stewardship, C-TOC will be relentless in our efforts and we will traverse all areas of Jamaica. No one is untouchable in our eyes,” said Bailey.