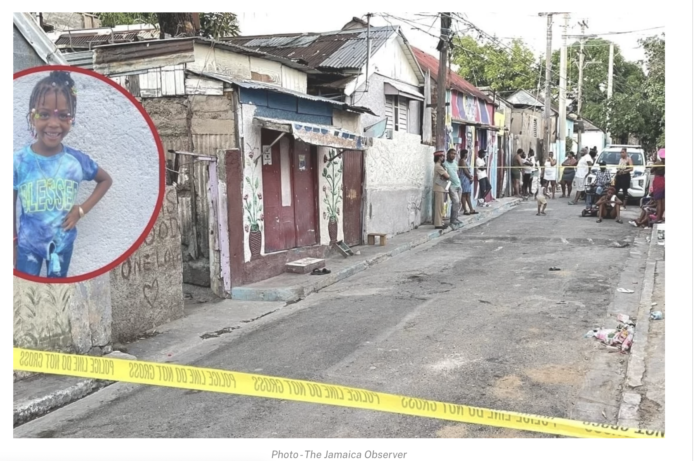 Jamaica Observer – A six-year-old girl was shot and killed in the Central Kingston area on Monday afternoon.

Preliminary reports are that the girl, a student of St Aloysius Primary, was accidentally shot while at her Tex Lane home.

It is alleged that a man was toying with a gun when it went off hitting the girl. She was rushed to the hospital where she was pronounced dead.

As news spread of the girl’s death, several of her friends converged on the house creating an emotional scene where both children and adults wept openly.
The police are now seeking to question the alleged shooter as he is reportedly still in the area.

Suspect in killing of 6-year-old beaten by mob, hospitalised

The man suspected of murdering six-year-old Timora McCallum is now under police guard in hospital after being beaten by a mob last night.

It is alleged that the man was toying with a gun when it went off hitting the six-year-old. She was rushed to the hospital where she was pronounced dead.

In an earlier interview on the radio, Brooks described the suspect as a 55-year-old man who is said to be a “self-taught gunsmith” who was in his yard repairing an illegal firearm that discharged a round, hitting Timora.

Reports are that the man fled the scene but returned to the area in the night.

“The update is that he was beaten, he was chopped by the residents,” Brooks told Nationwide Radio.

He was taken to hospital where he remains under police guard.

“It pains my heart to know that this diabolical love affair with guns is robbing our children of their future,” Williams said.