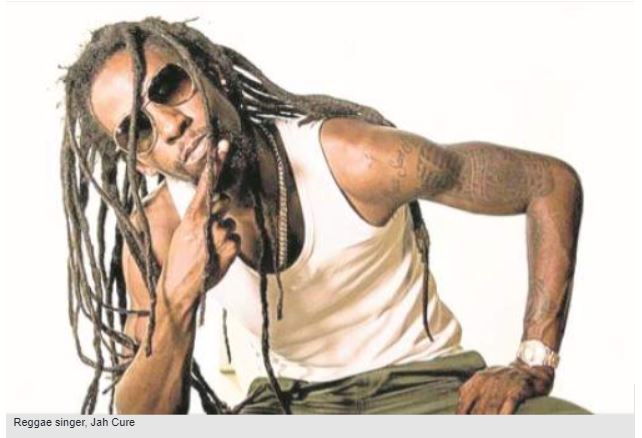 Reggae singer Jah Cure may end up spending his birthday behind the bars of a Dutch jail cell following his arrest in Amsterdam over the weekend. The True Reflections singer will celebrate his 43rd birthday on October 11.

Unconfirmed reports are that the entertainer, whose real name is Siccaturie Alcock, appeared before a Dutch court on Tuesday morning to answer to criminal charges resulting from an altercation between himself and a promoter. Following the court session, the entertainer was reportedly remanded for 14 days as the police investigations into the matter continue.

A source connected to the entertainer who requested anonymity said the singer is still in police custody.

Reports are that Jah Cure allegedly stabbed Nicardo ‘Papa’ Blake, leader of Roots Vibes Promotion, in the abdomen during an incident in the Netherlands’ capital. As a result of the incident, Cure could be facing a myriad of charges including attempted murder, attempted manslaughter, aggravated assault or attempted aggravated assault.

Amsterdam police, while confirming an incident fitting the description of the altercation between Alcock and Blake, could not disclose any information on the matter. A representative said that because of the nature of the country’s privacy laws, sensitive information about any person in their custody is withheld from the public.

Jah Cure’s management team are also tight-lipped about the situation. His manager, Nathan Cowan promised to divulge information as soon as there is an update he is allowed to speak on.

Blake, the alleged victim, has since revealed to the press that he has been advised not to speak on the matter while investigations are ongoing.