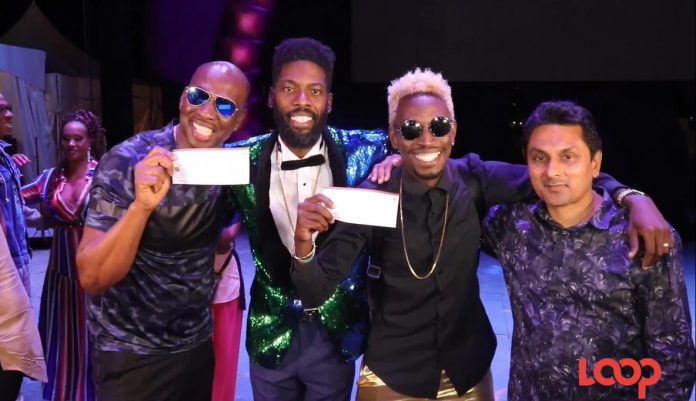 After years of waiting, Iwer George has been dubbed the Power Soca Monarch for 2020. He won with this year’s smash hit, ‘Stage Gone Bad’.

Taking second was Lyrikal with a theatrical performance of ‘Rukshun’. Olatunji rounded off the top three with ‘Thankful’.

Jesse led the way with a stunning performance of his ‘Happy Song’. It’s a song he says holds a special place in his heart.

George says he’s happy with the results and is looking forward to celebrating his win after the Carnival season is over. He warned fans to look out because he intends to make personal history by winning this year’s Road March title as well. He also thanked his partner on the song, Kees Dieffenthaller, who surprised the audience by performing with him.

George had previously won the crown three times, but has been known as ‘the man with the most seconds’. He says he’ll definitely be defending his title in 2021,

College Boy Jesse beamed with pride as he dedicated the win to his fans and family; particularly his parents and wife. He says the song reminds him of a lesson on positivity that his father always told him as a child.