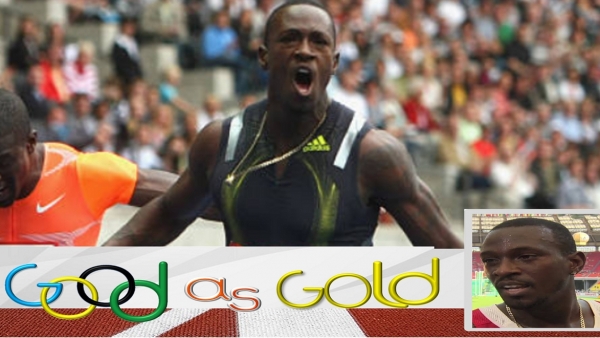 The Olympic Games serve as the world’s biggest showcase of sporting talent.

For the Caribbean region, when we hear Olympics, the sport we mainly think about is track & field.

With the region’s rich and storied history of success in the sport, gold, silver and bronze medals are often used to measure the success of respective athletes.  It is, however, far from the only stand.

For some countries, having a representative on the biggest global track & field stage in the world is worth just as much or more than any individual medal.

Antigua & Barbuda is one of those countries and the athlete who has represented them the best on the big stage is sprinter Daniel Bailey.

His best result came at the 2009 World Championships in Berlin, Germany.

In the fastest race in history, Bolt ran 9.58 to destroy the world record, Gay ran an unbelievable 9.71 to finish second and Asafa Powell finished third in 9.84.

Bailey just narrowly missed out on a historic medal for Antigua & Barbuda, finishing fourth in that race with a time of 9.93.  It wasn’t his first major championship appearance, but it was also when Bailey became a household name in men’s sprinting.

However, Bailey’s first time representing Antigua and Barbuda on the biggest stage of global athletics came five years earlier in 2004.

As a 17-year-old, he carried the flag for his country during the opening ceremony of the Athens Olympics. It is a memory he will carry with him forever.

“I was elated. I was really, really excited to be holding the flag for my country Antigua & Barbuda. A couple of days before, we had a meeting to decide who would do it and when they shouted my name and said ‘Daniel Bailey, you’re going to hold the flag’, it was a special feeling because I know how much it meant for an upcoming athlete to be holding the flag for his nation,” Bailey said.

To put that into perspective, he carried the flag at those Olympics just one month after competing at the World Junior Championships in Grosseto, Italy where he finished 4th in the 100 metres in a time of 10.39.

Four years later, at the Beijing Olympics, Bailey, then 21, was again the flag bearer.

During the Games, he advanced to the quarter-finals after finishing second to Bolt in 10.24 in the preliminary round.

Bailey then ran 10.23 to finish 4th but failed to advance from his quarterfinal, a race which saw him lined up against Jamaica’s former world record holder Asafa Powell and American Walter Dix, who eventually won the bronze.

A year after those Olympics would see Bailey enter the prime of his sprinting career.

Bailey then carried his nation’s flag at the third straight Olympics in London 2012 where he competed in the 100 metres.

Running in heat 4, against Bolt once again, Bailey would run a time of 10.12 to finish 2nd   and advance to the semi-finals.

Bailey then lined up against Bolt, American Ryan Bailey and  Richard Thompson, the silver medallist from the 2008 games in his semi-final.

He finished 6th in that race in 10.16 and failed to reach the Olympic final once again.

Bailey admits that he had entered into those Olympics with high hopes but suffered some setbacks along the way.

“I had it in my mind to make my first Olympic final. I was really working hard that year and then I got an injury that set me back a little bit. The first week I got to London I caught a bad flu, and it took a toll on my body. I got eliminated in the semi-finals, but I think my overall performance was good based on what was happening.”

Fast forward four years to the 2016 Rio Olympics and Bailey became one of the few athletes in history to ever be their country’s flag bearer at four straight Olympic Games opening ceremonies.

That year, he competed in Heat 2 of the men’s 100 metres and finished 2nd in 10.20 behind eventual silver medallist Justin Gatlin and advanced to the semi-finals.

He was then slated to appear in semi-final 3 but did not show up for the start due to injury.

Bailey may not have had the medal haul of many Caribbean greats but he has competed at the highest level of the sport for more than a decade and is a role model for sprinters hailing from smaller Caribbean islands like his native Antigua & Barbuda.

“You have to love it and enjoy it,” were Bailey’s words of wisdom for a new generation of up-and-coming athletes.

“My word to the up-and-coming athletes is to go for your goals. Whatever you believe in, nobody can stop that. Always work hard and smart and remember that dedication is the key to success at all times.”