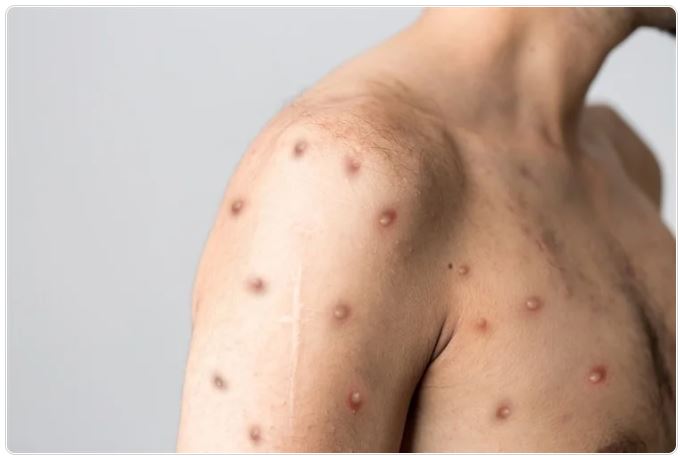 A 36-year-old man who returned to Italy after a five-day trip to Spain and suffered from fever, a sore throat, fatigue, and headache among others, has been tested positive for monkeypox, COVID-19 and HIV simultaneously, BNO News reported.
He developed all the symptoms nine days after travelling back. The symptoms included a rash on his left arm after testing positive for COVID-19 followed by blisters appearing in the next few days.
After going to the hospital for treatment, he further tested positive for monkeypox, COVID-19 and HIV in a series of tests. The HIV test of the man indicated that he had a high viral load. He was discharged from the hospital after about a week and recovered from both monkeypox and coronavirus.
The researchers from the University of Catania said that the case shows how symptoms of monkeypox and COVID-19 “may overlap” and confirms that how “co-infection, anamnestic collection and sexual habits” are important for diagnosis.
According to WHO Director-General Tedros Ghebreyesus, more than 35,000 cases of monkeypox have been reported across 92 countries and territories as of August 17 that have claimed 12 lives.
The cases have been mostly concentrated in Europe and the Americas. Tedros Adhanom Ghebreyesus stated that countries must be prepared for monkeypox.