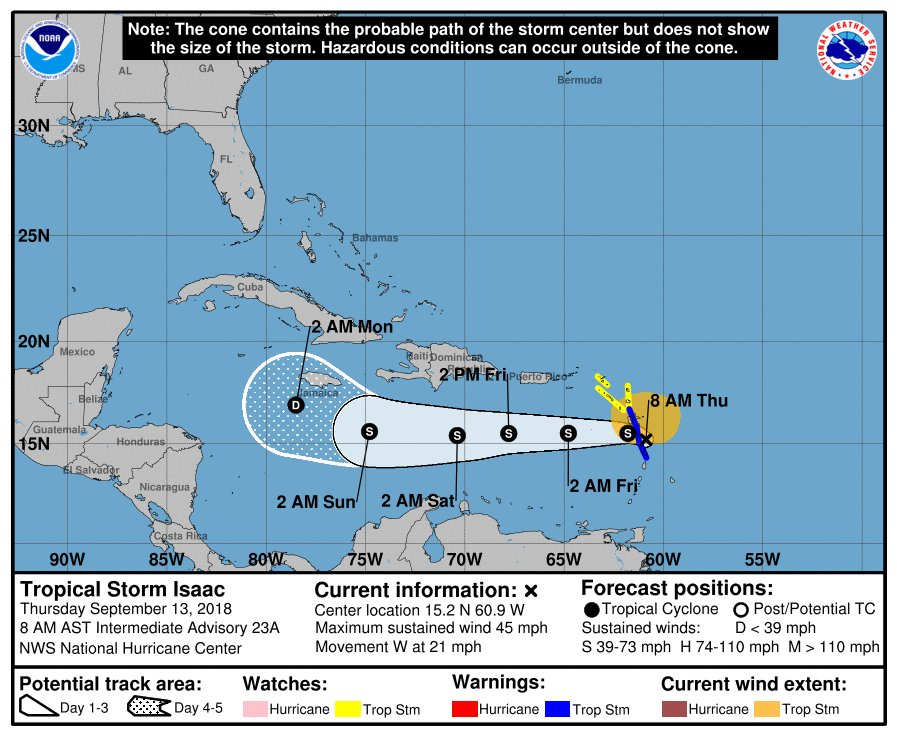 The Met Office says at 8 am, Isaac’s is passing south of Antigua and about to move over Dominica.

Forecaster says they are yet to see any island reporting Storm Force Winds.

The highest gusts of 38 mph were recorded at the Sir Viv Richards Stadium.

It remains a normal working day in Antigua despite a tropical watch remaining in effect.

Dominica has declared a state of emergency as it is under a tropical storm warning.