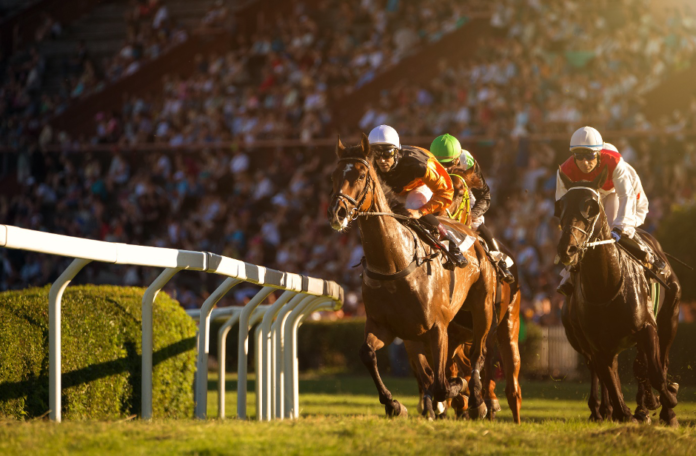 The countdown to Cheltenham is on, and sadly the only things making their way across the Irish Sea this year will be the massive contingent of horses. Yep, due to the ongoing coronavirus pandemic the thousands of boisterous fans who make their way to Prestbury Park year after year will be staying at home and watching on from their sofas.

The Festival certainly won’t be the same without the rapturous ‘Cheltenham Roar’ echoing around the concourses as the horses race up the hill towards home. However, it would have been a disaster had Irish horses not been allowed to make it to the Gloucestershire course as once rumoured. After all, over 35 percent of the horses taking part in the meeting are from Ireland, and most of the big race markets are topped by those from Irish yards, including in the Cheltenham Gold Cup odds.

It’s been two years since a British-trained horse last won the Gold Cup, with Native River landing trainer Colin Tizzard his maiden showpiece crown in 2018. So, with the Irish, and one horse in particular, gunning for a hattrick this year, let’s take a look at their best chances of winning the Gold Cup for a third successive year.

Al Boum Photo and all his connections will firmly have their sights set on a hattrick this year, which would etch the nine-year-old’s name into the history books alongside the likes of Arkle and Best Mate. The Willie Mullins-trained horse was a 12/1 shot when he beat Anibale Fly by over two lengths in 2019, and he was a much shorter 10/3 when he pipped Santini over the line by a neck last year. A massive 19-length victory over Acapella Bourgeois in the New Year’s Day Chase at Tramore will have his backers brimming with confidence ahead of the Gold Cup.

The trainer/jockey relationship between Henry de Bromhead and Rachael Blackmore is quickly becoming one of the most exciting in National Hunt racing, and it would be a breath of fresh air to see the up-and-coming duo win the Gold Cup with second favourite A Plus Tard. Not only would it be the first showpiece victory for the trainer and jockey, but Blackmore could become the first female rider to win the Gold Cup. The seven-year-old won the Novices’ Handicap Chase by 16 lengths in 2019 but was disappointing in last year’s Ryanair Chase. Despite setting off as the favourite, A Plus Tard romped home in third behind Min and Saint Calvados.

it was only recently that Kemboy threw his name into the mix for the Gold Cup. The Mullins-trained horse hadn’t won a race since beating Al Boum Photo in the Punchestown Gold Cup in May 2019. However, a recent victory in the Irish Gold Cup at the Dublin Racing Festival at Leopardstown resulted in the nine-year-old’s odds of winning the Cheltenham showpiece getting drastically slashed, and after once being as far out as 28/1, Kemboy is now the joint-fourth favourite at 10/1. It’s fair to say that the Mullins-trained horse’s name will definitely be doing the rounds in the Cheltenham tips today.